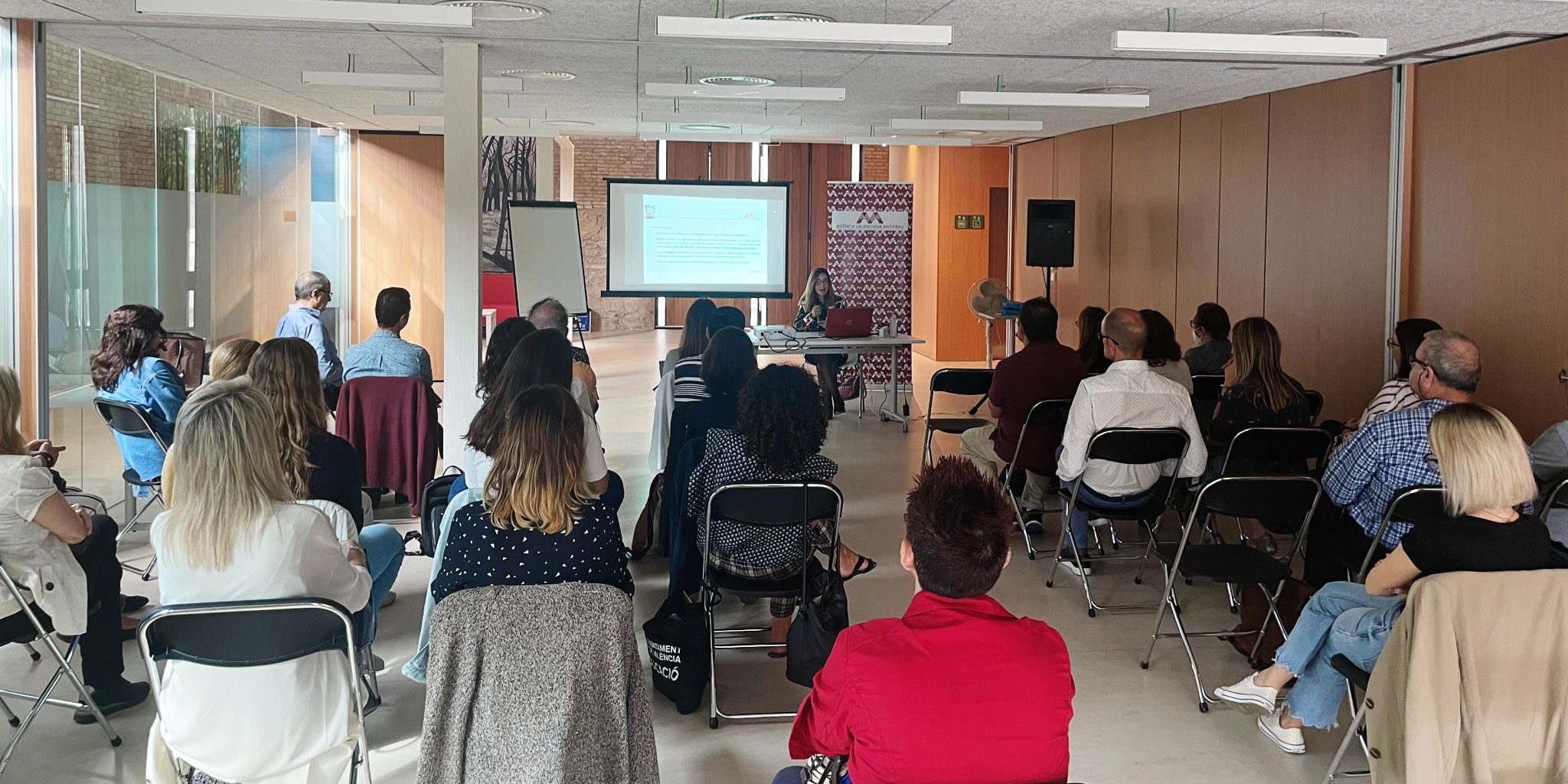 València, October 19, 2022.- The Valencian Anti-Fraud Agency has given two of the three training sessions of the course “Public integrity: prevention of corruption risks in public management” of the Valencia City Council.

To attend the course, 35 public servants of the City Council were selected, with different technical profiles, predominating the four specialized technicians of municipal services.

On Monday, October 17, Joan Llinares, the director of the Agency, held the inaugural conference of the course “The institutional system against corruption in Spain: The Agency for the Prevention and Fight against Fraud and Corruption of the Valencian Community: origin, functions and independence.”

On Wednesday, October 19, the AVAF teaching team was made up of Anselm Bodoque, head of the Training Service, and Pilar Moreno and Marita Oliver, the Agency’s training technicians.

The students had the opportunity to learn, through the conference given by Anselm Bodoque, about the costs of corruption and public policies against corruption in Europe and Spain. The first phase of the anti-corruption cycle, prevention, was analyzed by Pilar Moreno. While the detection, correction and prosecution, the rest of the phases of the anti-fraud cycle were exposed by Marita Oliver.

The staff at the service of the Valencia City Council actively participated in the AVAF docu-forum “Corruption: harmful organism” of Pandora Box. Through joint reflection, the students became interested in ways to avoid retaliation suffered by whistleblowers, as well as other aspects of the fight against fraud, planning and public integrity strategies.

The Valencian Anti-Fraud Agency appreciates the collaboration and support of the Citizen Participation and Open Government Service of the Valencia City Council, as well as the interest in the work carried out by the AVAF in terms of training and prevention to promote public integrity.

The Valencia City Council and the Valencian Anti-Fraud Agency maintain a collaboration whereby both institutions undertake to work in different areas of prevention and the fight against corruption. One of the most outstanding aspects of the agreement between institutions is that in order to comply with one of the requirements derived from European Directive 2019/1937 regarding the protection of people who report violations of Union Law, the City Council of Valencia recognizes the complaints box of the Valencian Anti-Fraud Agency as an external channel for complaints and will link the AVAF mailbox from its website.

#DocuforumAVAF begins the year 2023 in the 1st year of high school classrooms of the Colegio Maristas de Algemesí (Valencia) with “Corruption: harmful organism”
10/01/23

From strict compliance with the law to the development of a culture of public ethics. The AVAF in the CNIS 2022.
14/12/22

The AVAF, a consolidated strategy of public integrity in the National Congress of Innovation and Public Services 2022
13/12/22

Prevention as a differentiating element. The AVAF in the III Conference on Open Government held by the Government of the Canary Islands
05/12/22