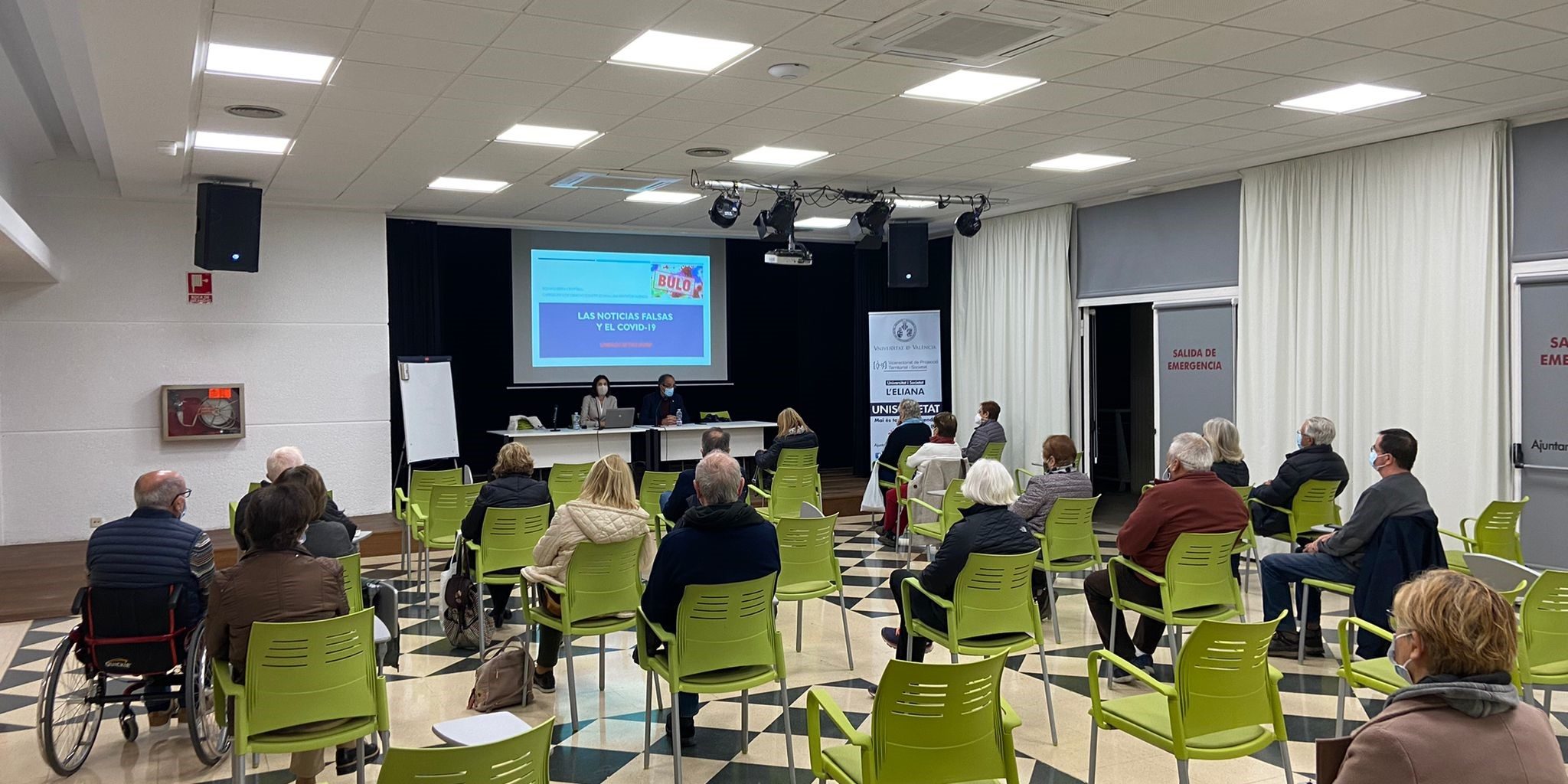 The Valencian Anti-Fraud Agency participated in the Unisocietat training activity of the University of Valencia organized in L’Eliana to discuss fake news, COVID-19 and corruption from the perspective of fundamental rights and democratic quality.

The activity was carried out within the framework of the collaboration agreement between the Agency and the University of Valencia and aims to raise social awareness of collective ethics and the prevention of fraud and corruption in all areas of public life throughout the Valencian territory .

The conference was attended by 21 people, and generated an intense debate on the influence of lies, the limits of freedom of expression and the way to combat false information that generates collective damage without diminishing fundamental rights.

The conference was led by the professor of Constitutional Law at the University of Valencia, Rosario Serra Cristóbal, who analyzed the influence that lies can have on shaping public opinion, as well as the consequences they have for citizens. He examined the limits that malicious fake news can have and how it affects, such as corruption, collective trust and societal ties.

The representative of the Agency, Anselm Bodoque, focused attention on the fact that corruption is always linked to false information, lies, manipulation and social discourses that make it difficult to adequately prevent and fight, in social terms, against corrupt practices.

In the debate generated, emphasis was placed on the need for preventive initiatives, in the defense of plural and various information systems, in the construction of forms of citizen and institutional trust, and in the fact that false information or misinformation constitute risks of corruption.

The AVAF Guide – Public Integrity Plan: Roadmap and Facilitating Annexes of the Valencian Anti-Fraud Agency present at the conference on the preparation of anti-fraud plans at the local level organized by the GVA, FVMP and the provincial councils.
22/12/21