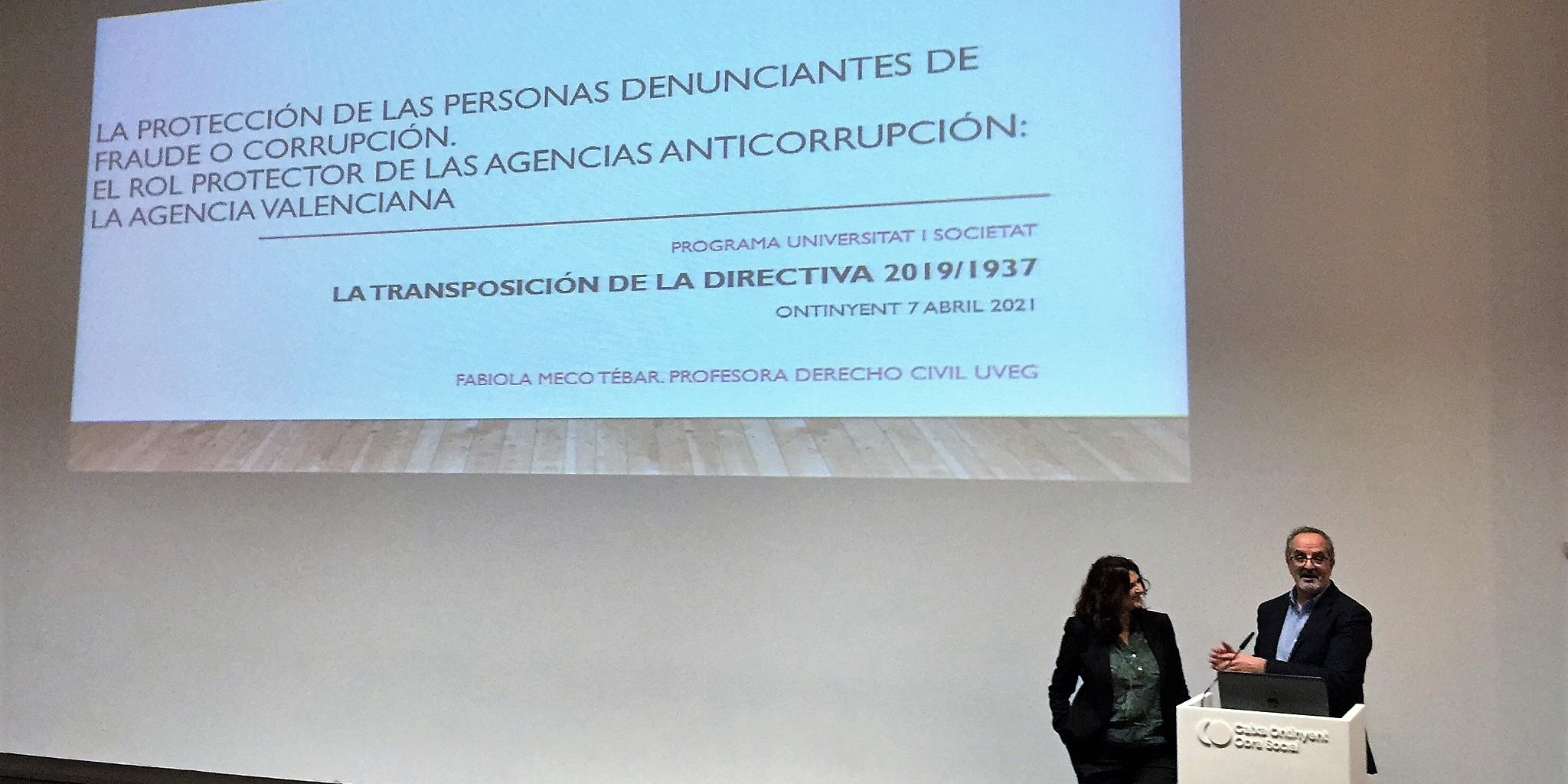 The Valencian Anti-Fraud Agency participated on April 7, 2022, in the Unisocietat training activity of the University of Valencia organized in Ontinyent to discuss the transposition of the European Directive for the protection of persons reporting infractions against Union law.

The activity is carried out within the framework of the collaboration agreement between the Agency and the University of Valencia and aims to raise social awareness of collective ethics and the prevention of fraud and corruption in all areas of public life throughout the Valencian territory. .

The conference was given by the professor of Civil Law at the University of Valencia, Fabiola Meco Tebar, who analyzed the draft transposition of the European Directive 2019/1937 from the perspective of the Valencian Law 11/2016 creating the Prevention Agency and Fight against Fraud and Corruption in the Valencian Community, insisting on the greater ambition and coherence of the Valencian law.

The representative of the Agency, Anselm Bodoque, none of the Training Service, focused the intervention by explaining the general lines of action of the Agency, the consequences of corruption and the need to improve the times and judicial processes to advance in the punishment of the corruption.

The conference was attended by 55 people and generated a debate around the denunciations of corruption cases, the protection of people, who alert about these cases and the social and economic costs of corruption. In the debate, the interventions of the attendees insisted on the need for impunity for corruption crimes.

“Prevention of corruption in public administrations” The new collaboration between the Valencian Anti-Fraud Agency and the National Institute of Public Administration.
30/05/22