The Valencian Antifraud Agency organizes a Conference on the recently published European Directive on December 9; the day the United Nations celebrates the International Day Against Corruption under the slogan “United against corruption for development, peace and security”.

The Conference, in the afternoon session, will take place in the Assembly Hall of the University-Business Foundation of the University of Valencia (ADEIT), located in Plaza Virgen de la Paz, no. 3 of Valencia, based on a presentation about the meaning of December 9, as the United Nations International Day Against Corruption, two conferences and a final debate.

The objective of this session, which will run from 3:30 p.m. to 8:00 p.m., is to present the main novelties of the new European framework in terms of protection to people who report or warn of facts or conduct that may be considered fraud , corruption or contrary to the public interest, and analyze the role of recent Anti-Fraud Agencies in this matter and in the establishment of secure channels for receiving complaints.

The program of the Conference is as follows:

15:30. Attendee credentials.
16:00 – 16:30. Presentation by Mr. Juan Carlos Galindo, President of Aseblac and member of the Agency’s Participation Council. Next, introduction by Mr. Hervé Falciani, Systems Engineer and member of the Participation Council, Artificial Intelligence in the fight against corruption.
16:30 – 17:15. Conference no. 1: Object and scope of the European Directive and its impact on the Spanish legal system, by Ms. Teresa Clemente García, Director of Legal Affairs of the Agency.
17:15 – 17:45. Break / Coffee.
17:45 – 18:30. Conference no. 2: The role of Anti-Fraud Agencies in the implementation of secure reporting systems and in the protection of reporting persons, led by Mr. Joan A. Llinares Gómez, General Director of the Agency.
18:30 – 19:30. Discussion moderated by Mr. Hervé Falciani.
19:30 – 20:00. Closing of the Conference by Mr. Hervé Falciani and Mr. Joan A. Llinares Gómez.

The Conference is aimed at personnel at the service of all public administrations and their related public sector, as well as their authorities or representatives, elected and unelected positions. It also targets the general public who may be interested in your content.

Registration for this Conference will be made by request addressed to the email address gabinete@antifraucv.es with personal data (name and surname), contact email address, and where appropriate, entity and position or position where services are provided. Said registration will give the right to attendance until the capacity is covered and to the issuance of an attendance certificate to those who request it. 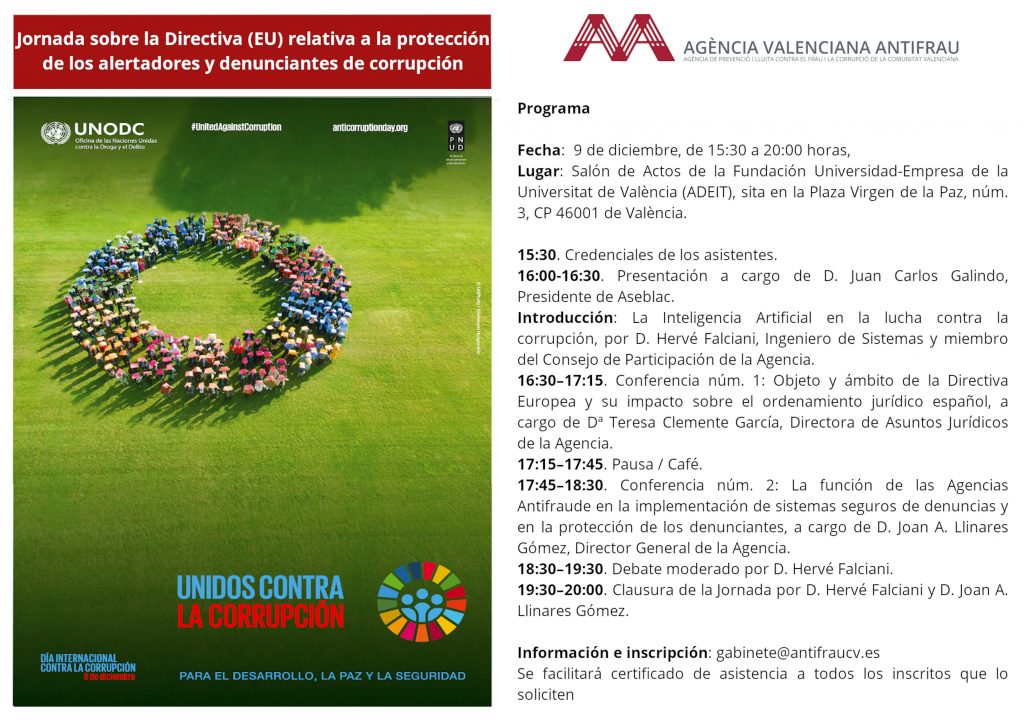 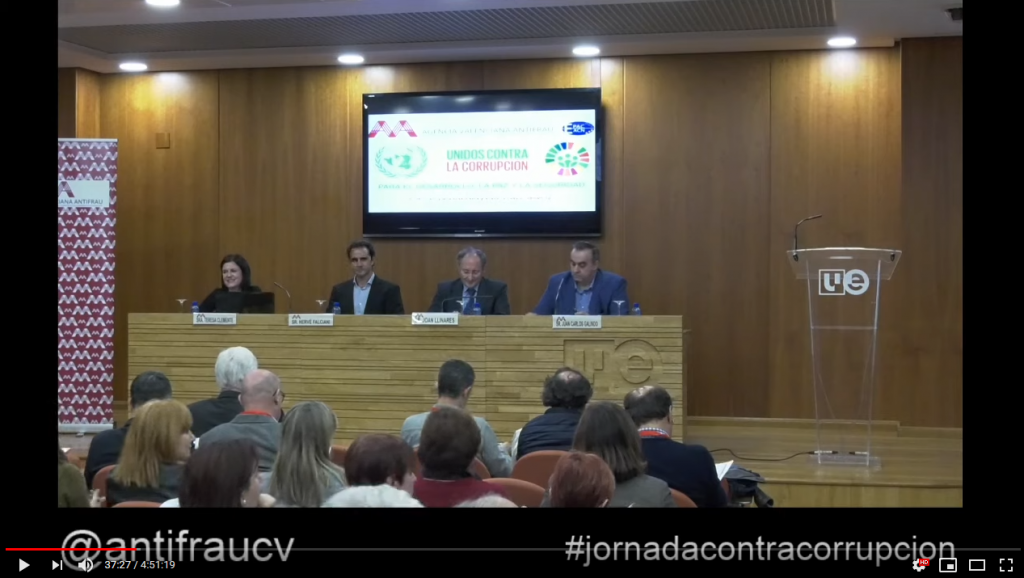 Prevention as a differentiating element. The AVAF in the III Conference on Open Government held by the Government of the Canary Islands
05/12/22

Webinar What will happen on December 17?
10/06/21
The Valencian Anti-Fraud Agency participates in the framework of the XI Human Rights and Film Festival, Human Fest 2020
04/05/21
Docuforum: “Corruption: harmful organism”
14/04/21
UNISOCIETAT in Bétera. Conference presented and sponsored by the AVAF
14/04/21