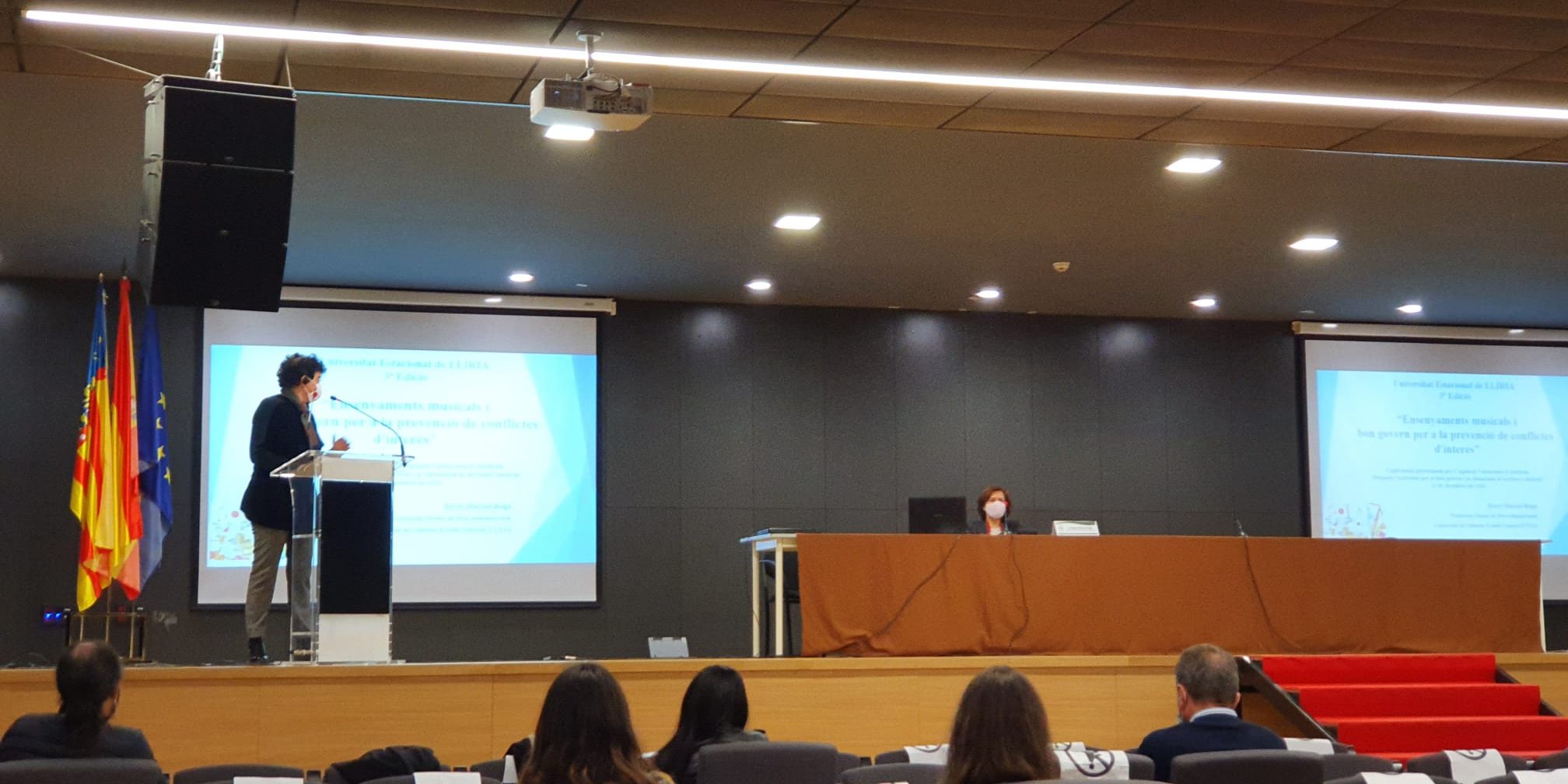 On December 11, Llíria, capital of the Camp de Túria region, hosted the third edition of the Seasonal University at the Multi-purpose Center of the town. Organized by the University of Valencia, this program is presented and sponsored by the Valencian Anti-Fraud Agency.

The Seasonal University of Llíria, which is part of the area of ​​‘Historical and Cultural Heritage’, addressed under the title ‘Music as an interdisciplinary educational instrument’, the educational possibilities of music in schools and secondary schools. A theme followed with enthusiasm in the so-called “Ciutat de la Música”.

On this occasion, the conference was presented by Silvia Vèrnia, Director of the AVAF Training and Prevention Area, and was also attended by the Mayor of Llíria, Manuel Civera, along with representatives of the University of Valencia.

The Seasonal University provides an open space for debate and knowledge transfer. An initiative that is consolidated year after year and that shows the interest of citizens to approach the musical art from the multiple perspectives that it offers.

#DocuforumAVAF begins the year 2023 in the 1st year of high school classrooms of the Colegio Maristas de Algemesí (Valencia) with “Corruption: harmful organism”
10/01/23

From strict compliance with the law to the development of a culture of public ethics. The AVAF in the CNIS 2022.
14/12/22