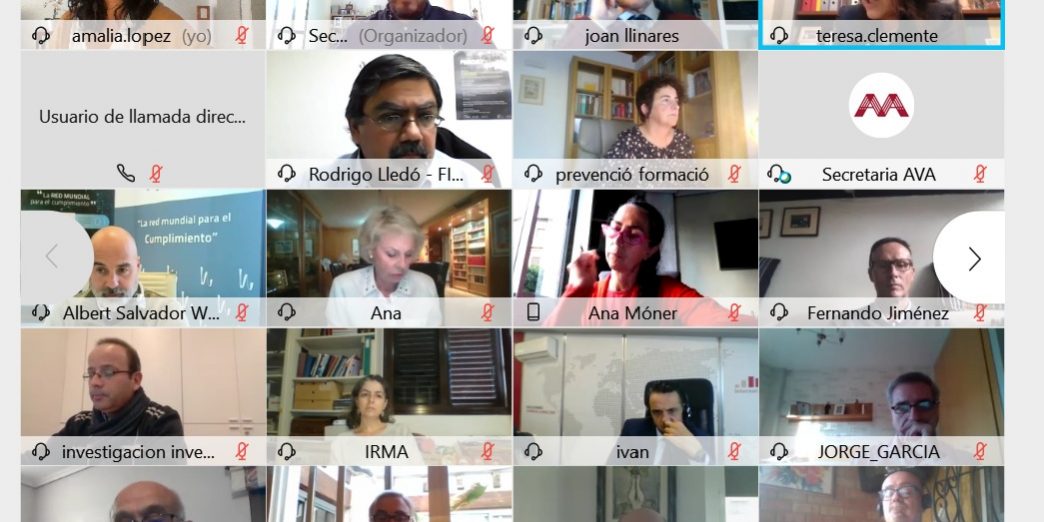 Valencia. November 12, 2020. On Wednesday November 11, the plenary session of the Participation Council of the Valencian Antifraud Agency met, to which associations and entities dedicated to the fight against fraud and corruption belong.

This is the third time that the plenary session of the Council has met and among the issues discussed on the agenda were the analysis of the situation in which the work on the transposition of the European Directive 1937/2019 for the Protection of Complainants to the Spanish legal system. Likewise, reference was made to the Rome Declaration of the Network of European Integrity Authorities and Alerters (NEIWA) to which the AVAF belongs.

Next, the conflict between transparency and confidentiality in the control and investigation bodies was addressed to continue with a presentation by Silvia Vèrnia, Director of the Prevention and Training Area of ​​the AVAF on the follow-up of the proposals made by the working group of prevention and education.

Later, Miguel Ángel Gavilanes from the Civio association was invited to explain the SceMaps project that has been developed in Spain by his association so that the rest of the associations and entities were aware of it.

On this occasion, the World Compliance Association was also invited to attend the Council meeting, which was represented by its vice president, Iván Martínez.