UNISOCIETAT Cullera knows the importance of the European Social Charter

UNISOCIETAT Cullera knows the importance of the European Social Charter 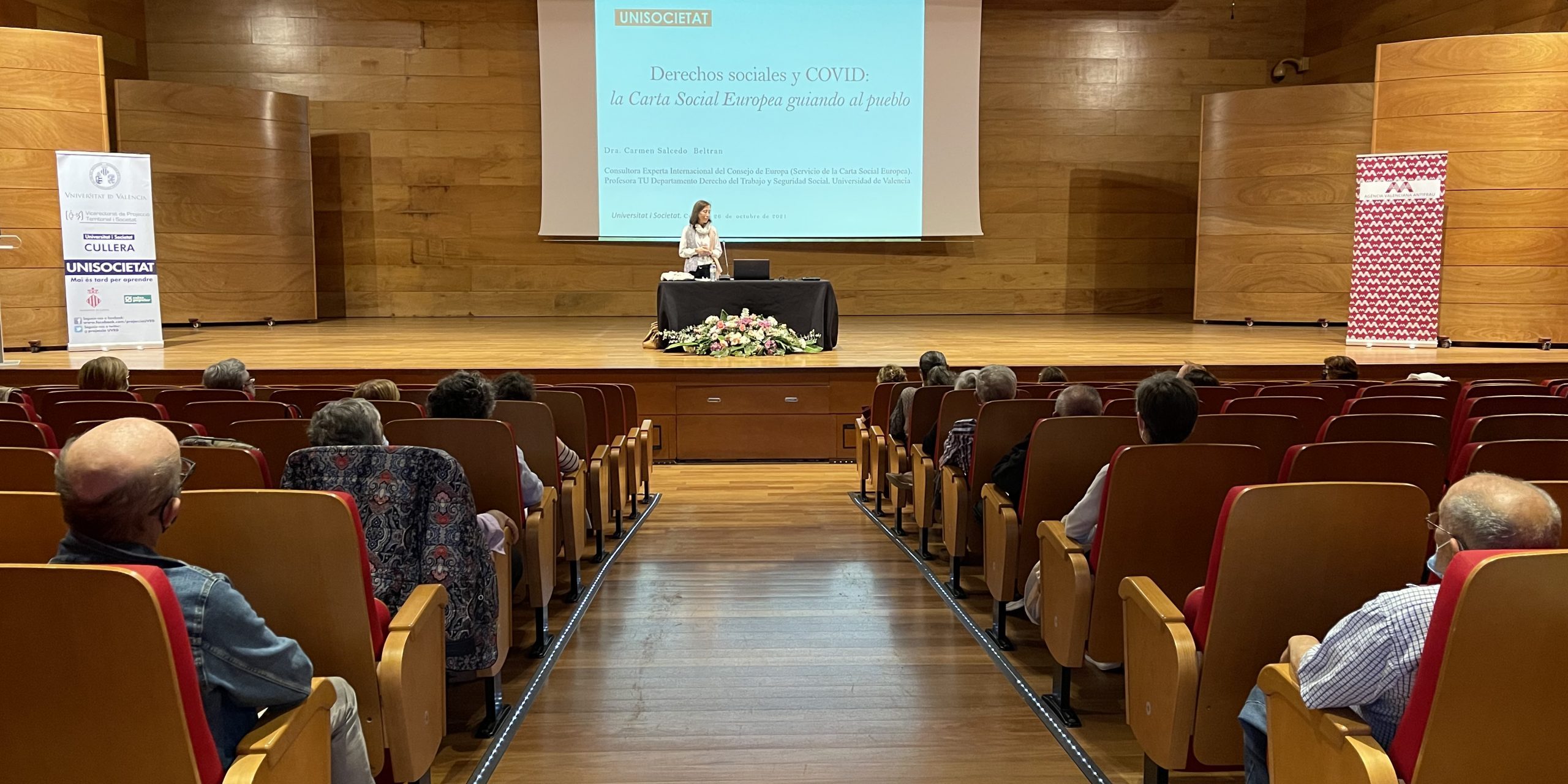 The Valencian Anti-Fraud Agency, in collaboration with the Vice-Rector’s Office for Territorial Action and Society of the University of Valencia, carries out training activities in the prevention of fraud and corruption in public life throughout the Valencian territory.

On October 26, Carmen Salcedo Beltrán, Professor of Labor Law at the University of Valencia, addressed the importance of the European Social Charter as an instrument to carry out a fair recovery and with public integrity.

At the conference entitled “Social Rights and COVID19”, the value of the ratification by Spain of the revised version of the European Social Charter together with the Collective Claims Protocol, a ratification that had been claimed for more than two years, was underlined decades.

The European Social Charter is the European Treaty par excellence of social rights and the most expeditious guarantee system of all those existing in the framework of social rights in all spheres and levels of government. The exhibition was actively followed by 25 people, who asked multiple questions at the end of the conference.

AVAF’s participation in the Unisocietat conference is based on the collaboration agreement between the Agency and the University of Valencia with the aim of raising social awareness on collective ethics and the prevention of fraud and corruption.

“Prevention of corruption in public administrations” The new collaboration between the Valencian Anti-Fraud Agency and the National Institute of Public Administration.
30/05/22