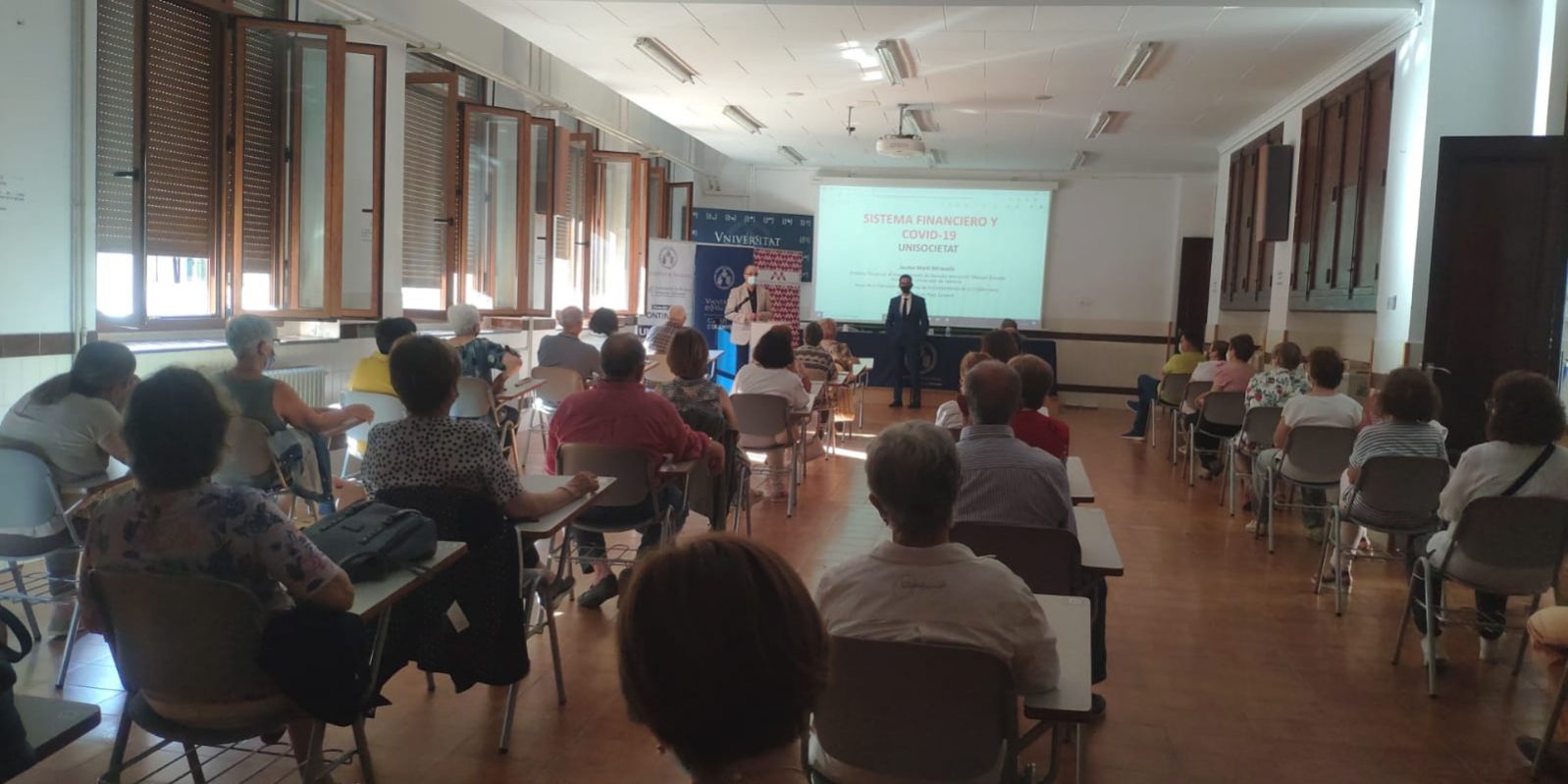 On June 17, 50 people participated in the conference “The financial system and Covid-19”, given by the professor of Commercial Law at the University of València, Jaume Martí Miravalls. The conference was held in the aula magna on the campus of the University of Valencia in Ontinyent. The attendees’ participation in the debate was active and they showed great interest both in the repercussions of the financial system on people’s daily lives and in the functions of the Valencian Anti-Fraud Agency.

Anselm Bodoque, Head of the AVAF Training Service, presented the activity within the framework of the existing collaboration agreement between the Valencian Anti-Fraud Agency and the Vice-Rector’s Office for Territorial Projection and Society of the University of Valencia. He also presented the Agency insisting on its functions and independence.

Professor Jaume Martí analyzed the extraordinary measures adopted to alleviate the impact of the COVID-19 pandemic on the Spanish financial system, starting from the general economic and legal budgets. After a brief explanation of the financial system, its regulation and classification, Professor Martí discussed some of the main measures adopted, singularly, in the credit and securities market, and to avoid fraudulent situations.

The Valencian Antifraud Agency regularly participates in the Unisocietat program as it is an instrument to carry out training activities for good governance and citizenship in the Valencian territory. The conference was face-to-face, respecting the anticovid measures stipulated by the pandemic.