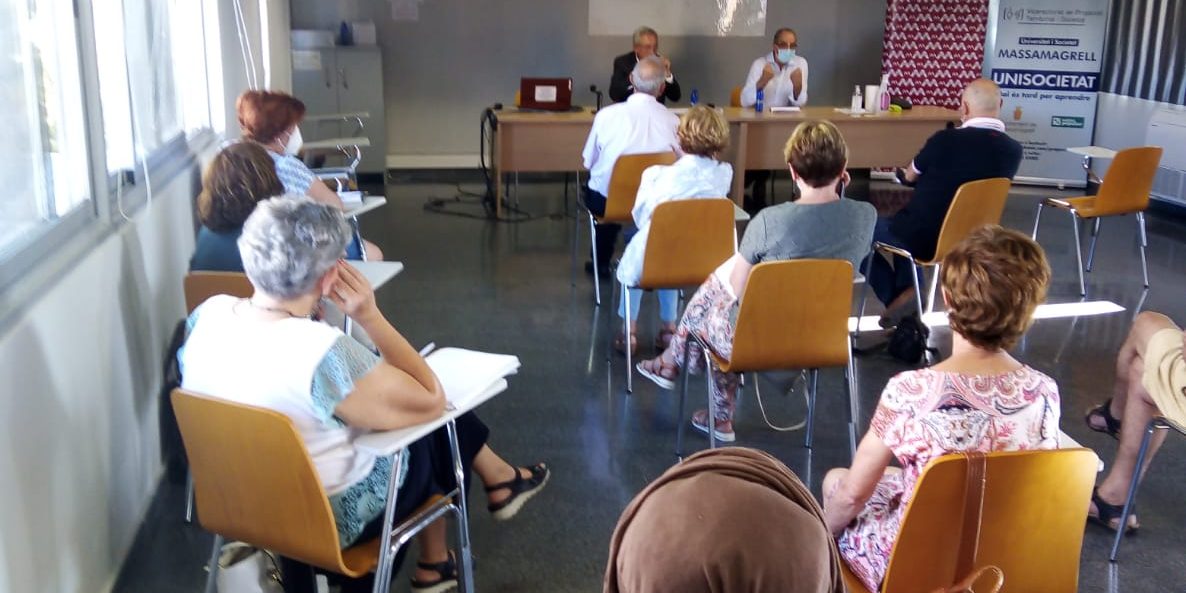 With the Unisocietat Massamagrell conference, on June 22, the pre-summer programming of the cycle of conferences that take place in the Valencian territory was closed, as a result of the Unisocietat program within the framework of the existing collaboration agreement between the Valencian Antifraud Agency and the Vice-Rector’s Office for Territorial Projection and Society of the University of Valencia.

Anselm Bodoque, Head of the AVAF Training Service, presented the conference “The role of justice in the fight against corruption and Covid-19”, given by the professor of Criminal Law at the University of València, José Luis González Cussac. He also presented the Agency insisting on its functions and independence.

Professor José Luis González Cussac based the conference on corruption, its complexity, characteristics and variables, as well as the responses to it from public and regulatory policies, focusing on the Spanish legal model.

The conference was very educational, which favored the enriching subsequent debate with the speaker and the representative of the AVAF, a debate in which the attendees showed great interest.

The Unisocietat program, sponsored by the AVAF, was created to sensitize society in general about the value of lifelong learning, stimulating debate and the exchange of information to develop mutual learning.

The Valencian Antifraud Agency regularly participates in the Unisocietat program as it is an instrument to carry out training activities for good governance and citizenship in the Valencian territory. The conference was face-to-face, it was held in the Massamagrell cultural center, respecting the anticovid measures stipulated by the pandemic.