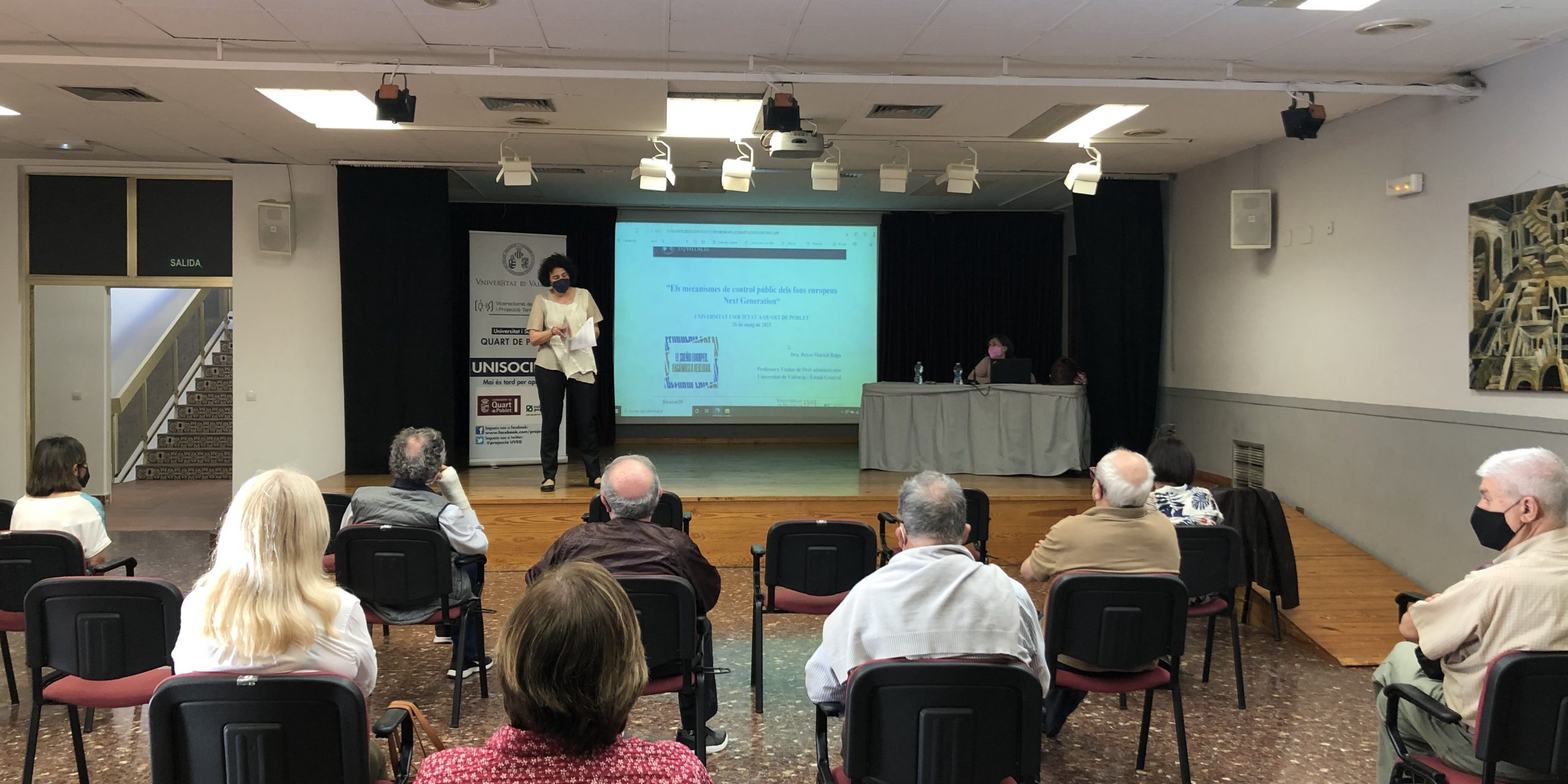 On May 26, Quart de Poblet hosted the conference “The mechanisms of public control of European funds Next Generation”, given by the professor of Administrative Law at the University of Valencia, Reyes Marzal Raga.

The Valencian Anti-Fraud Agency actively participates in the Unisocietat program because it is an instrument to carry out training activities in a decentralized way, where the citizens of the different regions and localities of the Valencian territory are the protagonists of the debates and reflections that are generated.

Sílvia Vèrnia, Director of Prevention, Training and Documentation of the AVAF, presented the activity within the framework of the existing collaboration agreement between the Valencian Anti-Fraud Agency and the Vice-Rectorate for Territorial Projection and Society of the University of Valencia. He also presented the Agency, insisting on its functions and independence, and explaining the general concern for the proper planning and management of European funds in the context of the European Recovery Plan.

Professor Reyes Marzal, presented the European Next Generation mechanism or, European Recovery Fund created to overcome the consequences of the Covid-19 health crisis.

The member states must approve their corresponding national plans, which establish their reform and investment programs until 2016. Spain has started this procedure with the approval of Royal Decree Law 36/2020, of December 30, which they approve the urgent measures for the modernization of the Public Administration and for the execution of the Recovery, Transformation and Resilience Plan, “Plan España may” for 140,000 million euros.

He indicated the objectives of this plan, as well as the financial mechanisms to develop it and its conditions. Likewise, he made reference to the proposal of Spain in its central axes, policies, lines of action and the mechanisms of execution.

The conference was face-to-face, taking into account the anticovid measures established by the pandemic. The audience, 15 people from the UNISOCIETAT program in Quart de Poblet, was very interested in how European funds will be managed until 2026 and actively participated in the debate.