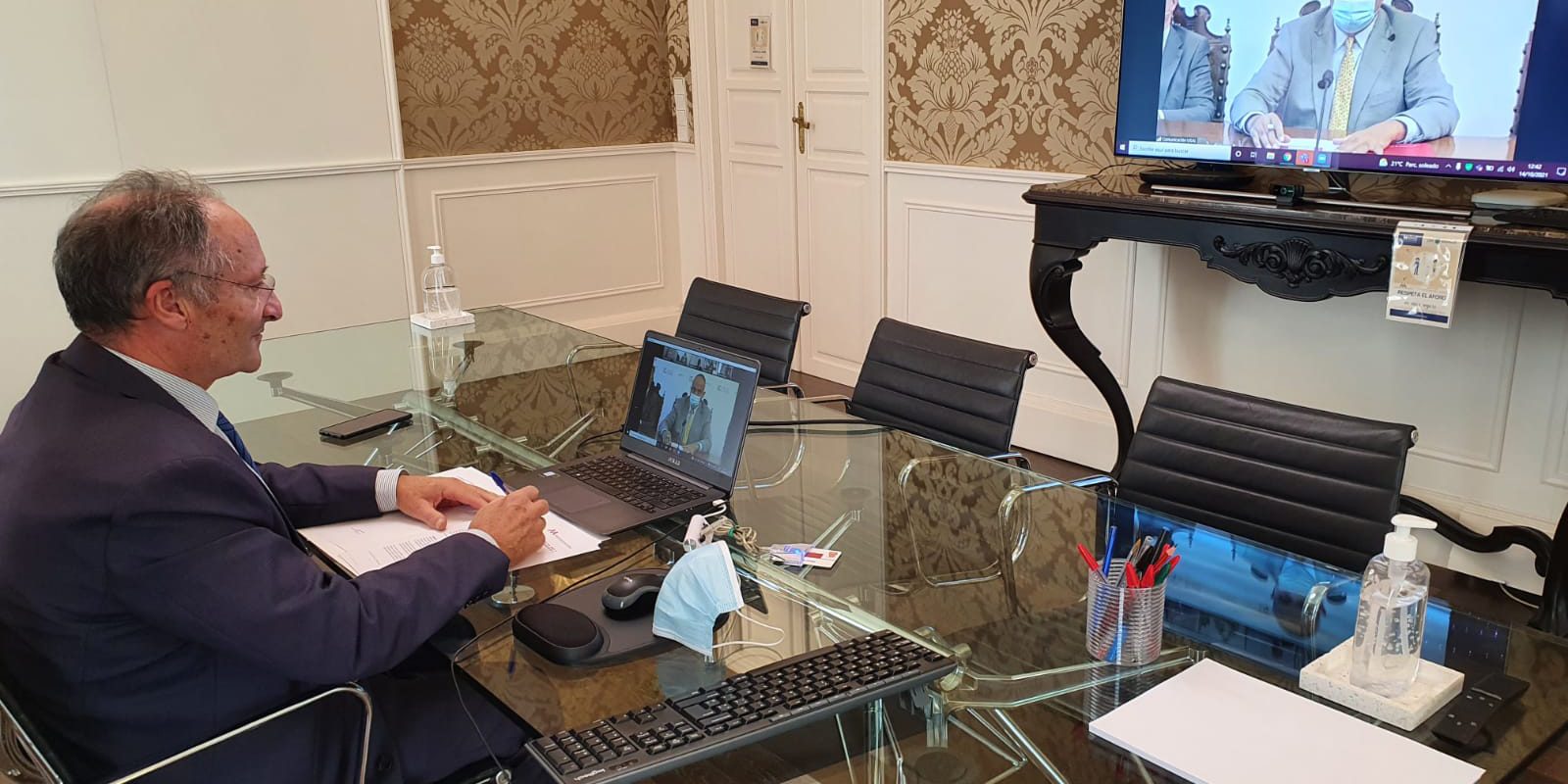 Salamanca and València, October 15, 2021.- The University of Salamanca and the Valencian Anti-Fraud Agency have signed a collaboration agreement thanks to which both institutions different actions such as those provided in the framework of the “GIR-Justice, penal system and criminology”, the “Master’s Degree in Anti-Corruption Strategies and Integrity Policy”, the “Doctorate Program in the Rule of Law and Global Governance” and the “Research Center for Global Governance” of the University of Salamanca.
The agreement has been signed electronically by the Vice-Rector for Postgraduate Studies and Own Teachings of the University of Salamanca, Nicolás Rodríguez-García, and by the Director of the Valencian Anti-Fraud Agency, Joan Llinares and includes a broad framework of collaboration between both institutions.
One of the first actions to be carried out within this agreement will be a 4-month research stay for a student from the University of Salamanca as part of the preparation of her doctoral thesis. The operation of the Agency and its experience in the prevention and fight against corruption in the public sector, and especially in the protection of persons reporting corruption, have been the reasons for requesting said stay.
The vice-rector for Postgraduate and Own Teaching, Nicolás Rodríguez highlighted the relevance of this agreement, which highlights the need that “in the design and application of preventive and repressive actions against corruption, institutional cooperation is encouraged, in this case, between a public university and an independent and impartial entity that is entrusted, at the applied level, with the prevention and eradication of fraud and corruption and the promotion of public ethics ”.
On the other hand, the director of the AVAF, Joan Llinares, has indicated that the “Master of the USAL on prevention of corruption has an international recognition, which is why this agreement will allow the Agency to host doctoral candidates who are doing this master ”.
At the signing of the agreement, as well as the Vice Chancellor and the Director of the Agency, the University of Salamanca has been present by the professor in Criminal Law and Director of the Master in Anti-Corruption Strategies and Integrity Policy, Eduardo Fabián and the student Cristina González. The Valencian Anti-Fraud Agency was attended by the Director of Legal Affairs, Teresa Clemente, and the Director of Analysis and Research, Gustavo Segura.