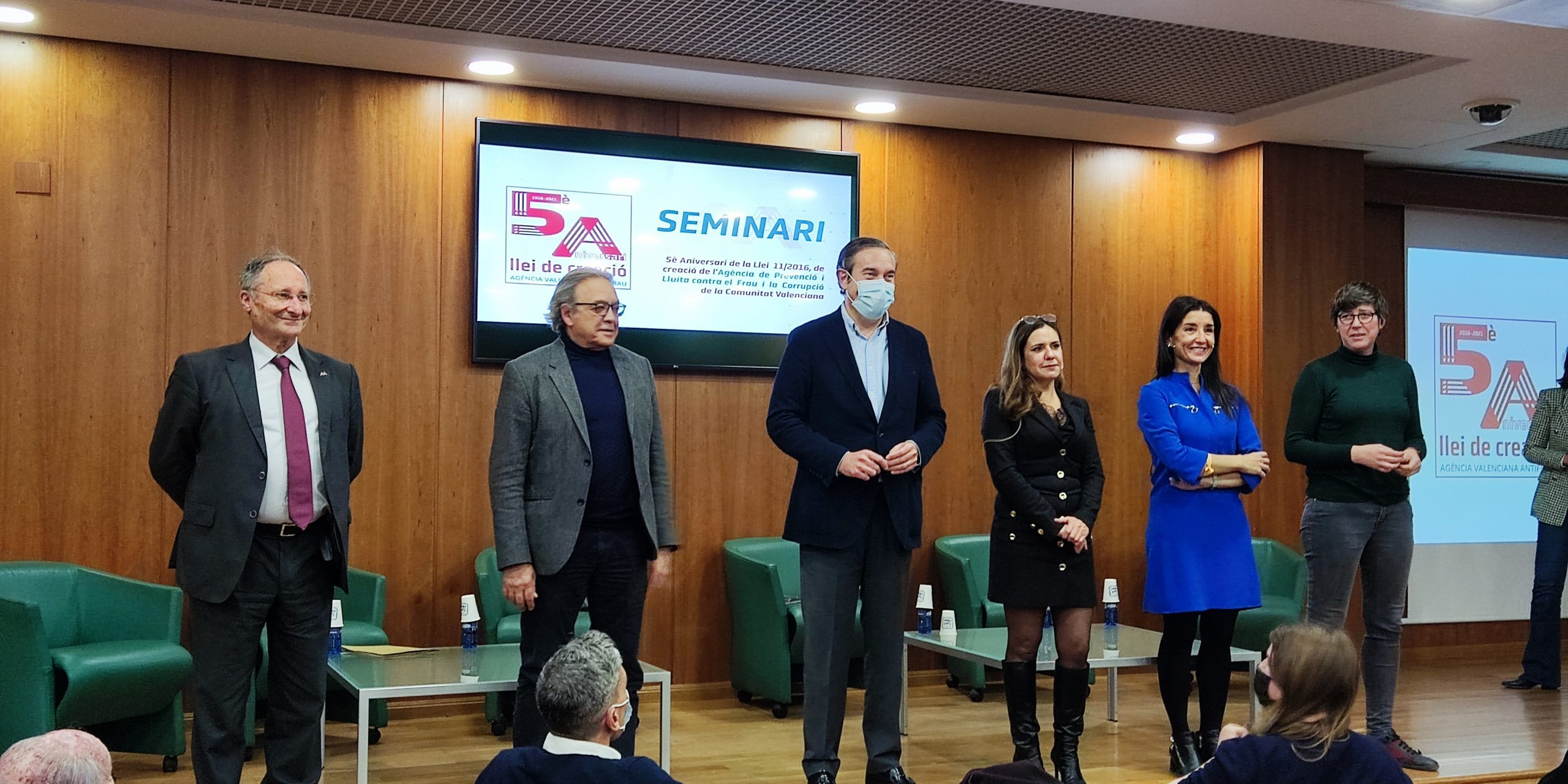 Valencia, November 29, 2021.- The Valencian Anti-Fraud Agency has organized a seminar to celebrate the 5th anniversary of the approval of Law 11/2016, creating the Agency, which has been followed by more than 150 people from face-to-face and online.

The first table was entitled “Citizenship against corruption” in which civil society entities that are part of the Agency’s Consell de Participació have participated and that at the time proposed the election of Joan Llinares as director of the Agency before the Valencian Parliament.

The second table has dealt with “The costs of corruption” and experts in this area have participated such as Francisco Alcalá, professor-researcher at the Valencian Institute of Economic Research (IVIE); Francisco Cardona, OECD consultant and Fabiola Meco, assistant professor Doctor of Civil Law at the University of Valencia. The table was moderated by Teresa Clemente, Director of Legal Affairs of the Agency.

In the afternoon, the day was resumed with two more tables. The first one has dealt with the “Strategies for the prevention and fight against corruption in the Autonomous Communities” in which the directors of the anti-fraud offices and agencies in Spain have participated.

You can see the Seminar on the YouTube channel of the Valencian Anti-Fraud Agency at this link: https://www.youtube.com/channel/UCkDS5OEUZu3iTEWg7gu8XXQ

Signing of the functional collaboration protocol with VAERSA