The Valencian Anti-Fraud Agency participates in the Workshop Institutions and governance after the pandemic: International perspectives of the Jaume I University of Castelló.

The Valencian Anti-Fraud Agency participates in the Workshop Institutions and governance after the pandemic: International perspectives of the Jaume I University of Castelló. 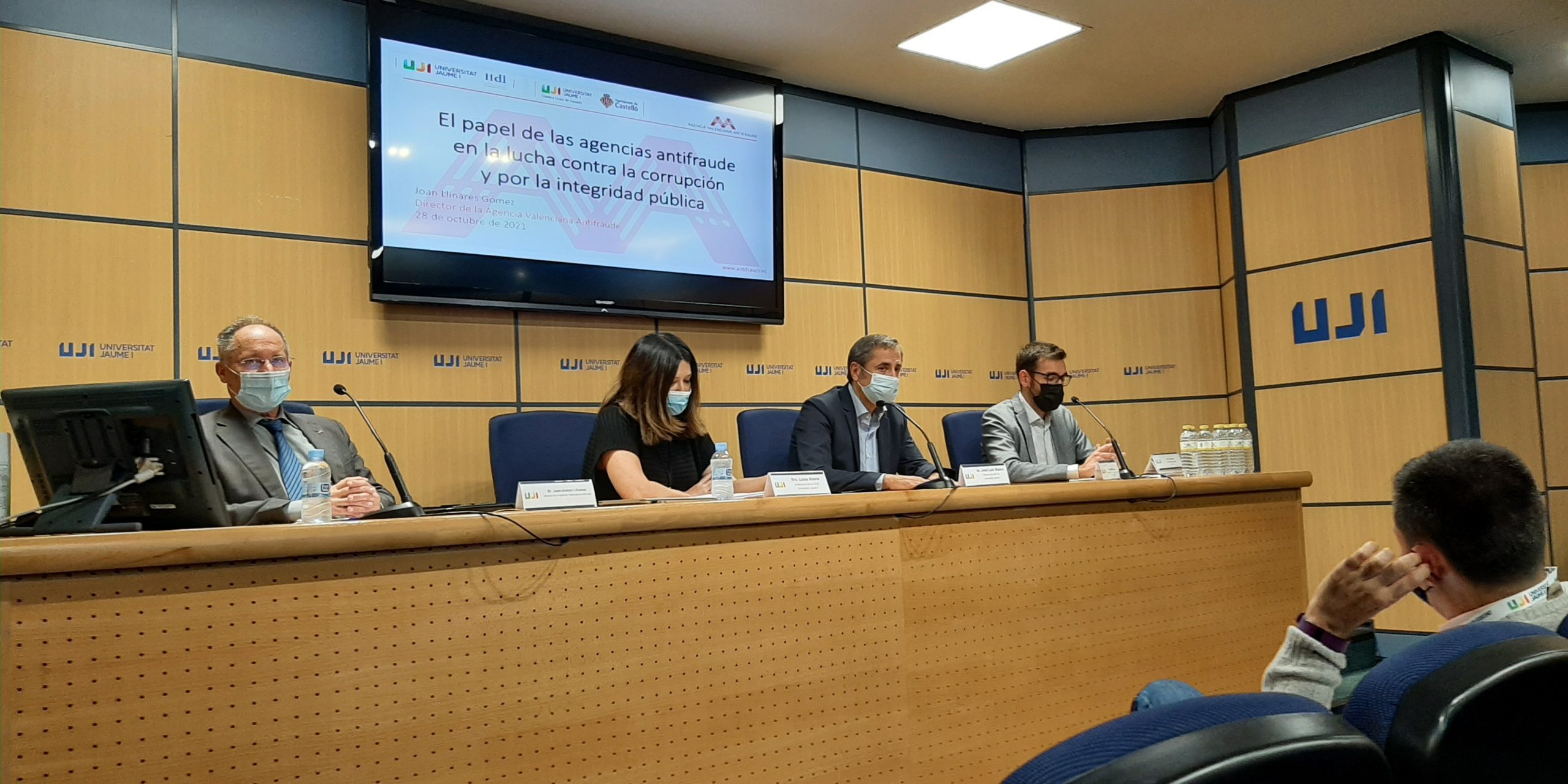 On October 28, Joan Llinares, director of the AVAF, gave the conference “The role of anti-fraud agencies in the fight against corruption and for integrity” within the framework of the Workshop Institutions and governance after the pandemic: International perspectives organized by the Jaume I University of Castellón and the Interuniversity Institute of Local Development, which has been coordinated by the Professor of Economics Emili Tortosa-Ausina

The director of the Agency highlighted, in his speech, the value of the work of anti-corruption offices and agencies in the field of prevention and training in integrity and public ethics. Similarly, he explained the basic lines of the AVAF strategy to fight fraud and corruption in the Valencian Community.

The subsequent debate focused on the protection mechanisms of the alerters, prevention, the protocols that are followed in matters of investigation, paying special attention to the alerts received in the complaints mailbox of the Valencian Antifraud Agency.

Academics from various Spanish and Portuguese universities participated in the Workshop, as well as Monika Bauhr, researcher from the Institute of Democratic Quality of the University of Gothenburg, who showed a special interest in reducing the perception of corruption as a problem in the Valencian Community.

The conferences were organized by the Department of Tranparencia, Social Responsibility, Participation and Cooperation of the Generalitat Valenciana, the Institut Interuniversitari de Desenvolupament Local (section of the Jaume I University), the Càtedra Ciutat de Castelló and the Spanish Association of Regional Science (section Valencian). 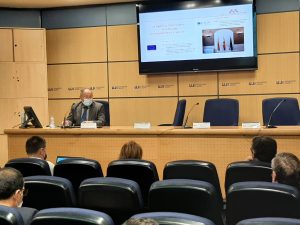 AVAF’s first training experience in Baccalaureate. The Marist College of Algemesí is the first in the Valencian Community to hold the Corruption: Harmful Organism docuforum
25/01/22

The AVAF Guide – Public Integrity Plan: Roadmap and Facilitating Annexes of the Valencian Anti-Fraud Agency present at the conference on the preparation of anti-fraud plans at the local level organized by the GVA, FVMP and the provincial councils.
22/12/21

Class in the course “Prevention of corruption risks in public management”