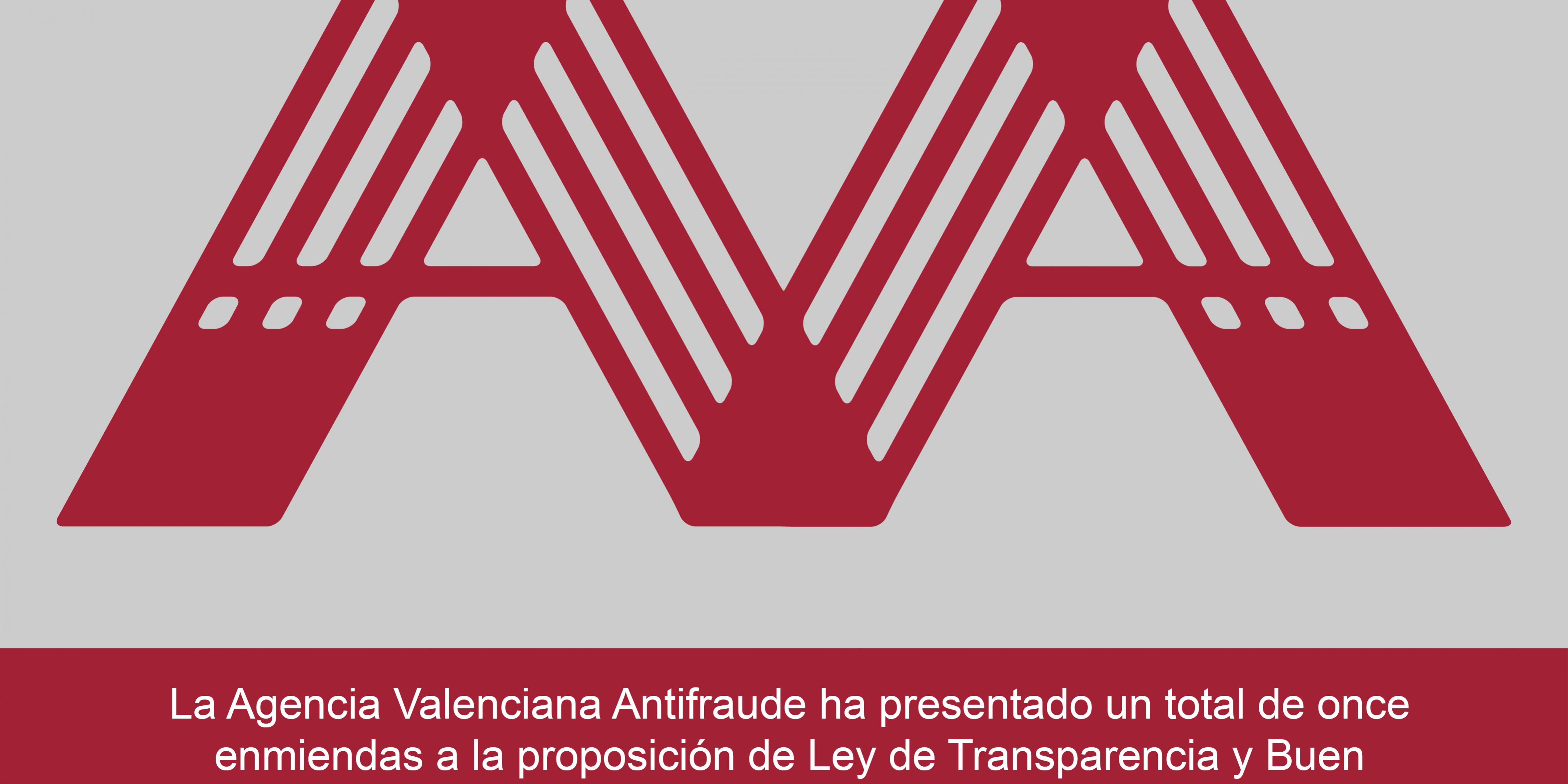 Valencia, March 4, 2021.- The Valencian Anti-Fraud Agency has presented a total of eleven amendments to the proposal of the Law of Transparency and Good Governance of the Valencian Community that is currently being debated in the Valencian Parliament.
The first four amendments, all of them referring to article 54, seek a more complete, detailed and coherent regulation with the current regulations of the principles that should govern the actions of the people at the service of the public administrations receiving the Law.
It is proposed to introduce the principles of exemplary, neutrality and good administration, as well as the necessary accountability not only before the internal control bodies but also before external control bodies, in order to achieve a complete supervision of public policies and their management. All of this would give rise to an integrity system that generates the trust of citizens in the functioning of the institutions of the Valencian Community.
It is also intended to extend the scope of operation of the principle of public participation to the processes of elaboration of the norms and not only in relation to the elaboration of public policies, which would facilitate a real and effective participation in public affairs of the group of the society.
Another of the amendments contemplates the possibility that, in the event of potentially constitutive fraud or corruption situations, it may be alerted by making use of the mailbox that this Valencian Anti-Fraud Agency has in operation for this purpose, to enable its adaptation to Directive 2019/1937 of the European Parliament and of the Council of October 23, 2019, regarding the protection of persons who report on Union law, in relation to the institutional regulations of this Agency.
Regarding the regime of incompatibilities, the necessary express reference to the conflict of interest between public and private interests is proposed, both during the exercise of the position, given the need for the former to prevail in decision-making processes, and after its cessation, in order to stop the well-known “revolving doors”.
The AVAF also proposes, in relation to the policies for accepting gifts, that each administration specify in their respective codes of ethics and conduct their limits, specifying, in terms of uses and customs, the maximum thresholds, as well as the main obligations. notification, return, registration and advertising of gifts.
In relation to the elaboration of these codes, the AVAF intends, in its amendment to article 55.1, to lay the foundations of the common ethical content for all public administrations that serves as a framework on which each of the administrations can subsequently adapt it to its special characteristics. and circumstances. Likewise, it is proposed that these codes apply both to people who occupy high positions and to the group of people who work in public administrations.
In its amendment to article 56, the Agency proposes to complete, with different elements and tools, the institutional integrity system of the Valencian Community to be promoted by the Consell, offering to advise on its design and implementation.
Among these elements and tools, the following stand out: the identification of risks contrary to public integrity and their contrast through a self-diagnosis to be carried out by each organization; or the inclusion of minimum contents of the prevention plans, urging their mandatory adaptation and approval by each entity (seeking administrative collaboration for the purpose of the provincial councils to assist local entities with less than 20,000 inhabitants).
All this, with the adequate provision of training actions in matters of public integrity and under the supervision of the ethical infrastructure by the different control bodies, such as the Agency.
Finally, the Agency proposes to complete article 63.2 with the main elements to be taken into account to promote in each administration the culture of planning and evaluation of public policies and their management.

Meeting with the University of Alicante
11/11/21