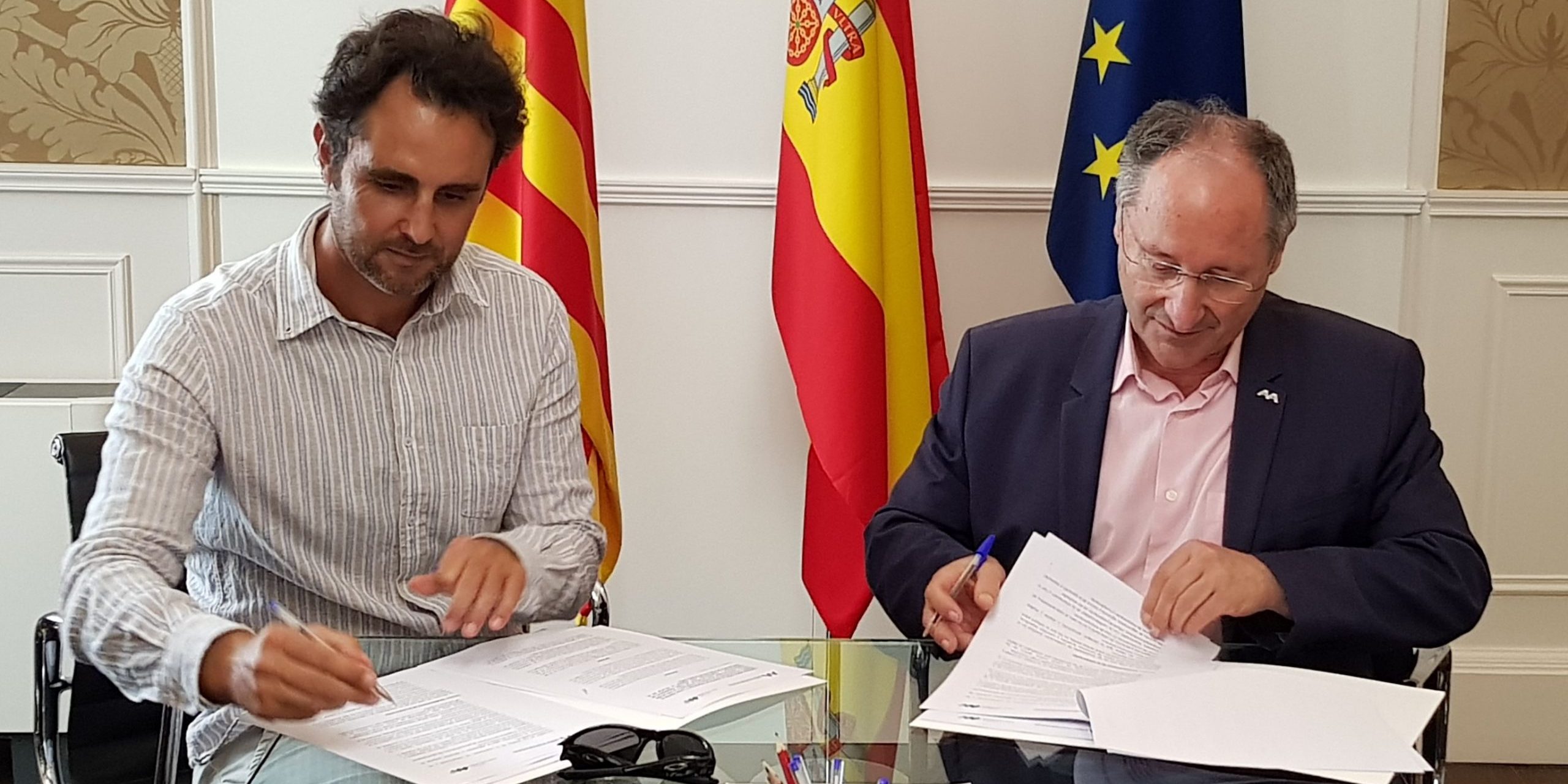 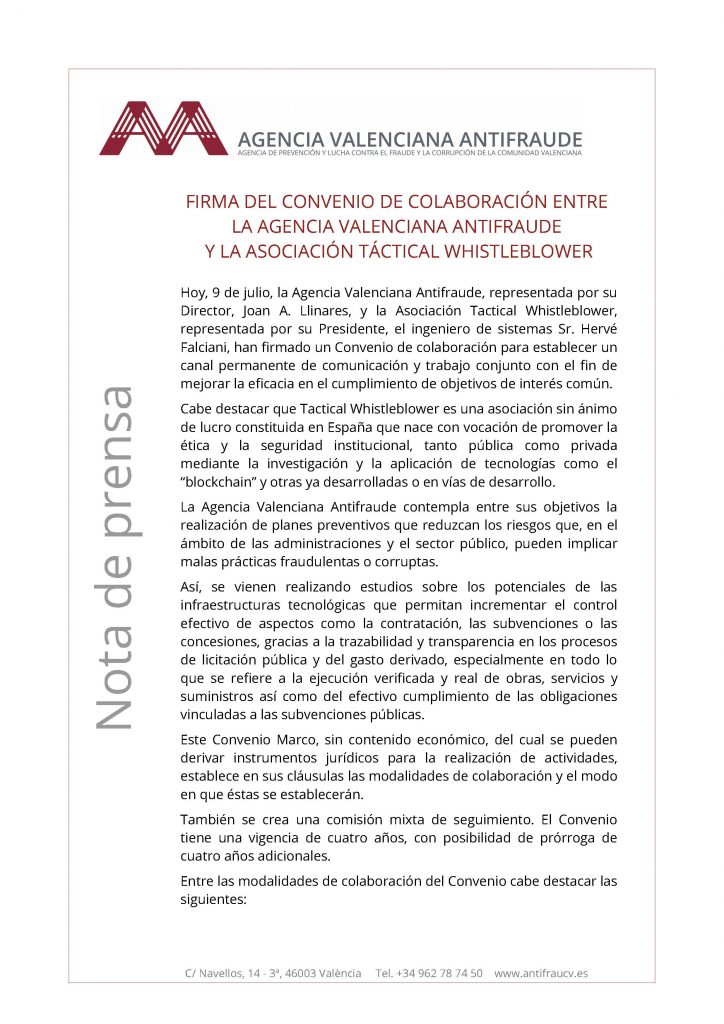 Today, July 9, the Valencian Anti-Fraud Agency, represented by its Director, Joan A. Llinares, and the Tactical Whistleblower Association, represented by its President, the systems engineer Mr. Hervé Falciani, have signed a collaboration agreement to establish a permanent channel of communication and joint work in order to improve efficiency in meeting objectives of common interest.

It should be noted that Tactical Whistleblower is a non-profit association established in Spain that was born with the vocation of promoting ethics and institutional security, both public and private through research and the application of technologies such as “blockchain” and others already developed or on process of development.

The Valencian Antifraud Agency considers among its objectives the realization of preventive plans that reduce the risks that, in the field of administrations and the public sector, may involve fraudulent or corrupt bad practices.

Thus, studies are being carried out on the potential of technological infrastructures that allow increasing the effective control of aspects such as contracting, subsidies or concessions, thanks to the traceability and transparency in the public bidding processes and the derived expense, especially in everything that refers to the verified and real execution of works, services and supplies as well as the effective fulfillment of the obligations related to public subsidies.

This Framework Agreement, without economic content, from which legal instruments can be derived for carrying out activities, establishes in its clauses the modalities of collaboration and the way in which they will be established.

A joint monitoring commission is also created. The Agreement is valid for four years, with the possibility of an extension of four additional years.

Among the collaboration modalities of the Agreement the following should be highlighted:

•Establish collaboration for the introduction, development and implementation of technological applications that facilitate the fight against fraud and corruption in the areas of contracting, subsidies and public concessions.

• Cooperate in training programs for technical, administrative and service personnel.

• Collaborate jointly in the areas of technical cooperation and technology transfer, as well as in training matters for analysts and specialized personnel in data analysis and in other technological fields.

• Work together so that the implementation in all its public administrations of this traceability technological tool is contemplated in the legal framework of the Valencian Community, once it is finished.

It is important to highlight, from the Valencian Anti-Fraud Agency, that the celebration of this Agreement with the Tactical Whistleblower Association has a special relevance, considering that Tactical Whistleblower is chaired by Mr. Hervé Falciani, who is known to be a complainant of fraud and corruption. and that he is actively collaborating with the justice of several countries, including Spain, contributing his knowledge about millionaire fraud.

The so-called “Falciani List” has served, since 2010, to uncover fraud mechanisms, which has facilitated the identification of alleged tax evaders and corrupt plots, having recently been validated by the Constitutional Court as a means of legal evidence.

Likewise, the National High Court considered it proven that the information provided by Mr. Falciani has served to reveal criminal situations and that without his collaboration an effective investigation would not have been possible. Mr. Falciani has been an essential element in explaining how the dense network of money used in corruption works.

For the Valencian Antifraud Agency it is a privilege to have collaborators such as Mr. Falciani and the association that he presides to develop their functions of prevention, investigation, training and fight against fraud and corruption in the Valencian Community.

Round table of the Anti-Fraud Agencies of Spain