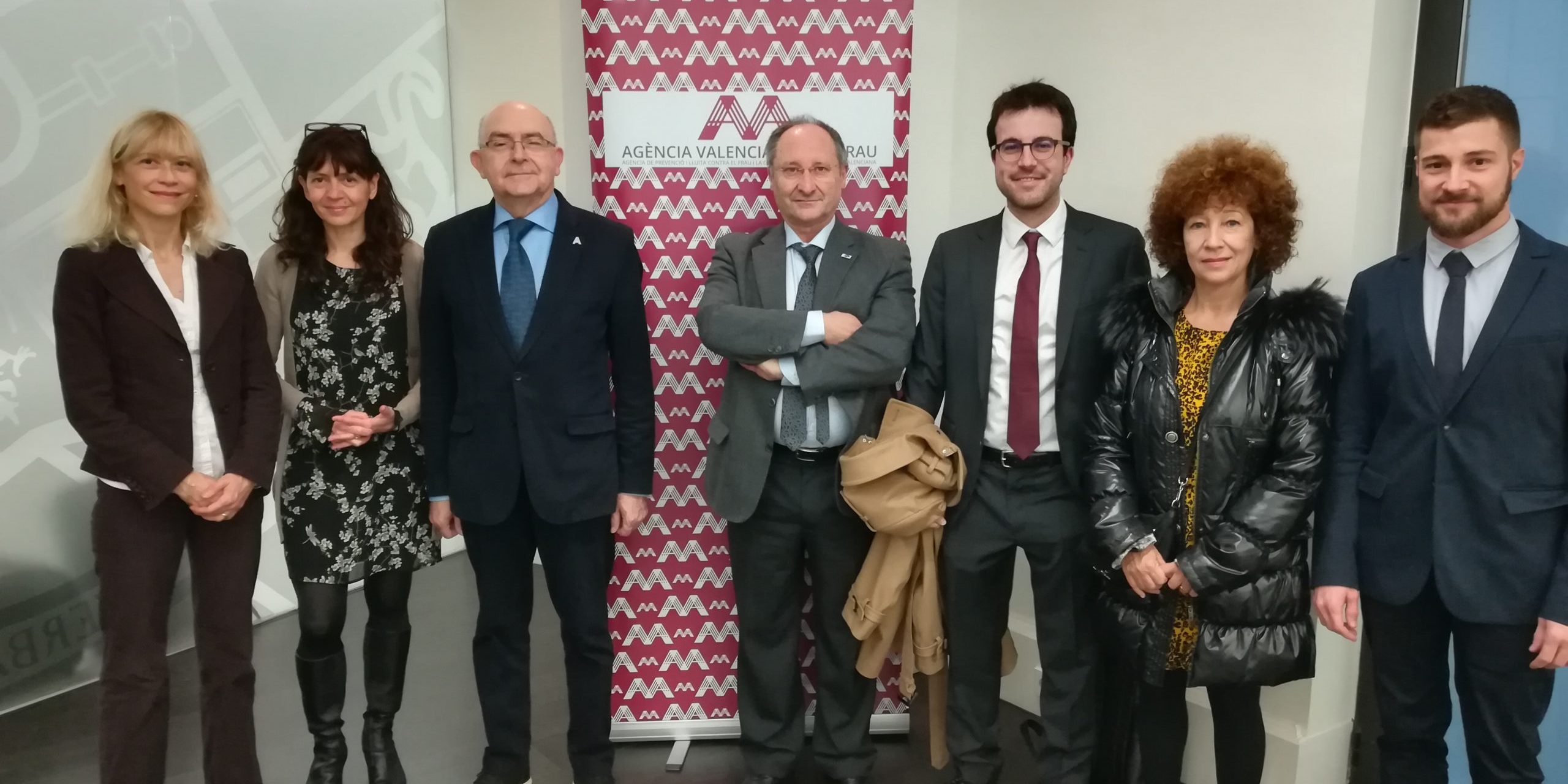 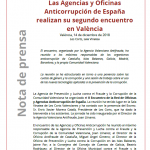 The meeting, organized by the Valencian Anti-Fraud Agency, has brought together the heads of the anti-corruption organizations of Catalonia, the Balearic Islands, Galicia, Madrid, Barcelona, ​​and the Valencian Community itself.

The meeting was structured around a presentation on gender quotas and corruption and a working session on the use of new technologies applied to the prevention of corruption.

The Agency for the Prevention and Fight against Fraud and Corruption of the Valencian Community has organized the II Meeting of the Network of Offices and Anticorruption Agencies of Spain. The meeting took place in the Sala Vinatea of ​​Les Corts Valencianes and was attended by the Hon. Mr. Enric Xavier Morera Català, President of Les Corts, who welcomed the attendees. The conference was opened by the Director of the Valencian Anti-Fraud Agency, Joan Llinares.

During the morning, Pablo Fernández-Vázquez, professor from the Department of Political Science at the University of Pittsburg (USA), gave the presentation “Gender Quotas and Corruption” which was followed by a debate among the participants. This was followed by a working session on the use of new technologies applied to the prevention of corruption. In this session, the Aletheia Project was presented, a system to help traceability of spending in public procurement, which has been carried out by the staff of the Information Service of the Valencian Antifraud Agency and the systems engineer Hervé Falciani.

This meeting reinforces the ties of collaboration between the anti-corruption agencies and offices of the Spanish state, and gives continuity to the first meeting that was held in Barcelona on June 29, sponsored by the Anti-Fraud Office of Catalonia. In fact, the main agreement reached at that meeting was to create a stable network, with periodic meetings of all existing anti-corruption agencies to share common strategies to fight this phenomenon and share information. Said agreement is circumscribed within a framework in which the lack of a real will to create a National Plan against Corruption and an effective protection of whistleblowers is confirmed.