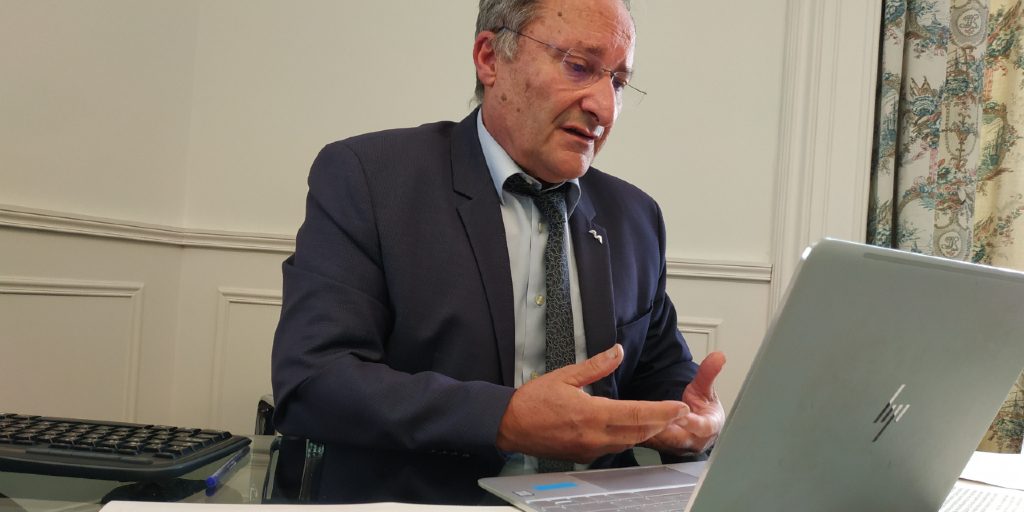 València, July 23, 2020.– The director of the Valencian Anti-Fraud Agency (AVAF), Joan Llinares, has vindicated the protection of people who report corruption during his participation in the 37th edition of the University of Estiu de Gandia that proposes this year a review of the Sustainable Development Goals (SDG) under the title “Viratge a la Sostenibilitat”.

In the talk entitled “Fraud, the fight against corruption and transparency in the institutions”, Llinares explained the activities carried out by the AVAF and the collaboration initiatives with other European entities.

In his speech, the director of the AVAF placed special emphasis on the recent signing of the Rome Declaration by 21 organizations fighting fraud and corruption from 15 European countries that make up the Network of European Integrity Authorities and Alerters (NEIWA Network).

On the other hand, the director has also underlined “the pioneering nature of the AVAF, which is currently the only Spanish authority that has a Statute for the Protection of the Complainant of Corruption. To date, 20 whistleblowers receive protection from the Agency ”.

In this year’s edition of the Universitat d’Estiu, which was held for the first time in the online mode, the director took the opportunity to explain the operation of the AVAF complaints box “a channel that ensures confidentiality and especially protects the anonymity of the complainant ”, Llinares pointed out.

After the conference, Joan Llinares thanked the invitation to participate in this edition of the Universitat d’Estiu. “Collaboration between the Valencian Antifraud Agency and the universities is of vital importance in order, in addition to taking advantage of synergies, to bring the work that the AVAF develops in the university environment. A collaboration that allows us to deepen prevention and training in ethics and public integrity ”, concluded the director of the Agency.