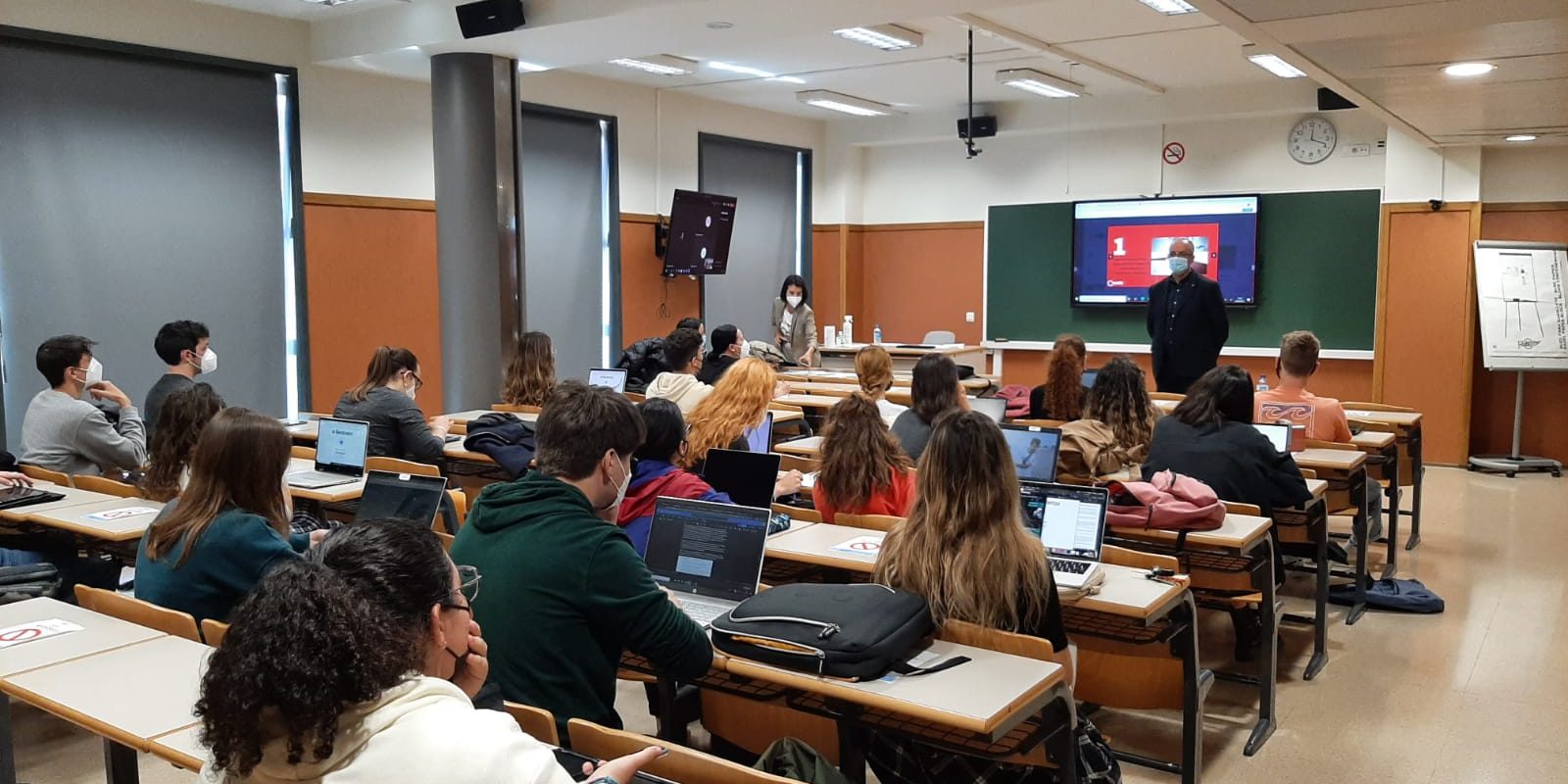 Valencia, May 5, 2021.- Among the functions entrusted to the Valencian Anti-Fraud Agency is that of training in ethics and public integrity as one of the main tools in the fight against fraud and corruption.
With this objective, the AVAF offers a wide range of regulations that are developed throughout the year aimed at different groups. In this way, and despite the difficulties derived from the COVID-19 crisis, during 2020 more than 900 people participated in some of the actions organized by the Valencian Anti-Fraud Agency.
Among the main training actions included in the Report for the year 2020 that will be presented in the Corts Valencianes next Thursday, May 13, is the celebration of the third edition of the course taught together with the Valencian Institute of Public Administration (IVAP) on integrity and prevention in public procurement in which 22 people from different departments of the Generalitat Valenciana participated.
With regard to the university field, various training activities were developed thanks to the collaboration with different Valencian universities. One of the most outstanding programs is the Docufòrum sessions that take as the basis of the activity the projection of the documentary “Corruption, harmful organism” to from there generate a debate between the students and the technical staff of the Agency about the need to develop and implement public ethics and integrity in our society.
The docufòrum sessions during the year 2020 have been developed in the degrees of biomedical engineering, and management and public administration of the University of Valencia; in the degrees of law, political science, double degree of science and politics, sociology, and double degree of sociology and law from the University of Valencia, and in the journalism degree of the Miguel Hernández de Elche University. In total, 4 sessions have been held in which a total of 401 students have participated.
Another of the training actions carried out is related to the Own Master in Public Contracting and Compliance and the University Certificate in Compliance of the University of Valencia in which 18 people participated.
Also during 2020, the “Unisocietat” program was developed as a result of the agreement signed by the AVAF and the Vice-Rectorate for Territorial Projection and Society of the University of Valencia for good governance and citizenship. 12 conferences were organized in 12 municipalities of the province of Valencia since one of the objectives of this program is to bring the university closer to the entire Valencian territory.
The conferences had the participation of teaching experts in matters of good governance and citizenship, public integrity, conflict of interest, transparency and access to public information or ethics and public investment, among others. More than 200 people attended the Unisocietat conferences.
Another of the programs developed together with the University of Valencia is the “Seasonal Universities” program that seeks to bring the public university closer to the general public and that has been carried out during the last quarter of 2020 in the towns of Alaquàs, Sagunt, Xàtiva, Llíria and Ayora and in which 205 people have participated.
The Valencian Antifraud Agency continues during this year 2021 developing all its training activities and expanding its training offer with the aim of reaching a greater number of people.