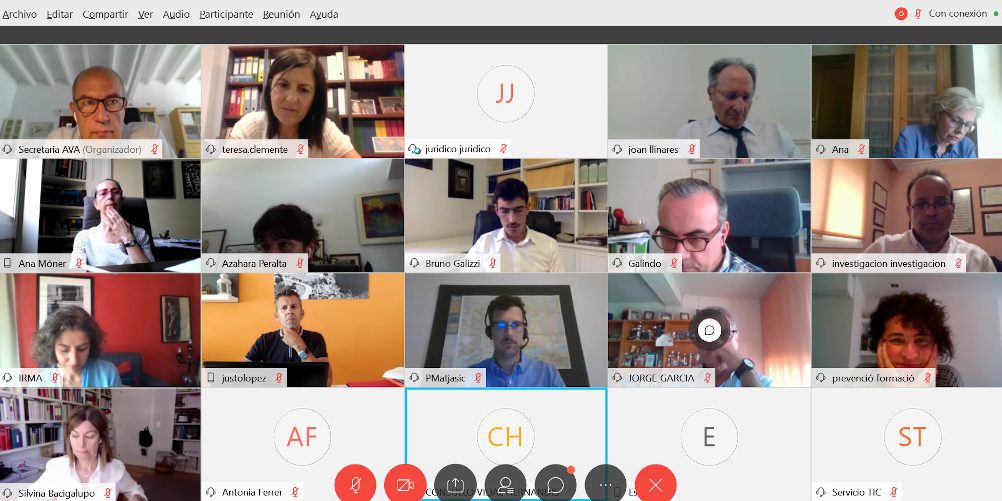 València, July 1, 2020.- The second meeting of the Participation Council of the Valencian Anti-Fraud Agency (AVAF) was held, which was established in October 2019. 14 civic and social organizations that work against the fraud and corruption and have among their purposes the transparency of public activity, good governance and the defense of the rights of citizens in the area of ​​the Valencian Community.

Among the topics covered on the agenda was the presentation of the AVAF Activity Report for the year 2019, which includes the performance of each of the Agency’s areas in relation to research, prevention and training, legal department in relation to the advice and protection of whistleblowers and institutional relations. One of the points that has aroused the greatest interest has been the data provided on the complaints filed in terms of their number, gender perspective or subject matter, among others.

This second meeting of the Participation Council takes place once the work of the two groups that were formed after the first meeting has been concluded. One of the groups is focused on training in public ethics and integrity as a tool for the prevention of fraud and corruption; while the second group focuses on the protection of those who report corruption.

Both groups have presented before the Plenary of the Consell the work carried out during these months as well as the conclusions and proposals they have reached, among which is the elaboration of a Decalogue for the Protection of Complainants and Alerters or expanding the actions of training to the school environment.

Another issue that has been discussed is the situation in which the transposition into the legal system of the European Directive 2019/1937, on the Protection of Persons Whistleblower of Corruption, better known as the “Whistleblower Directive”.

The meeting was held virtually and the following associations and entities participated: