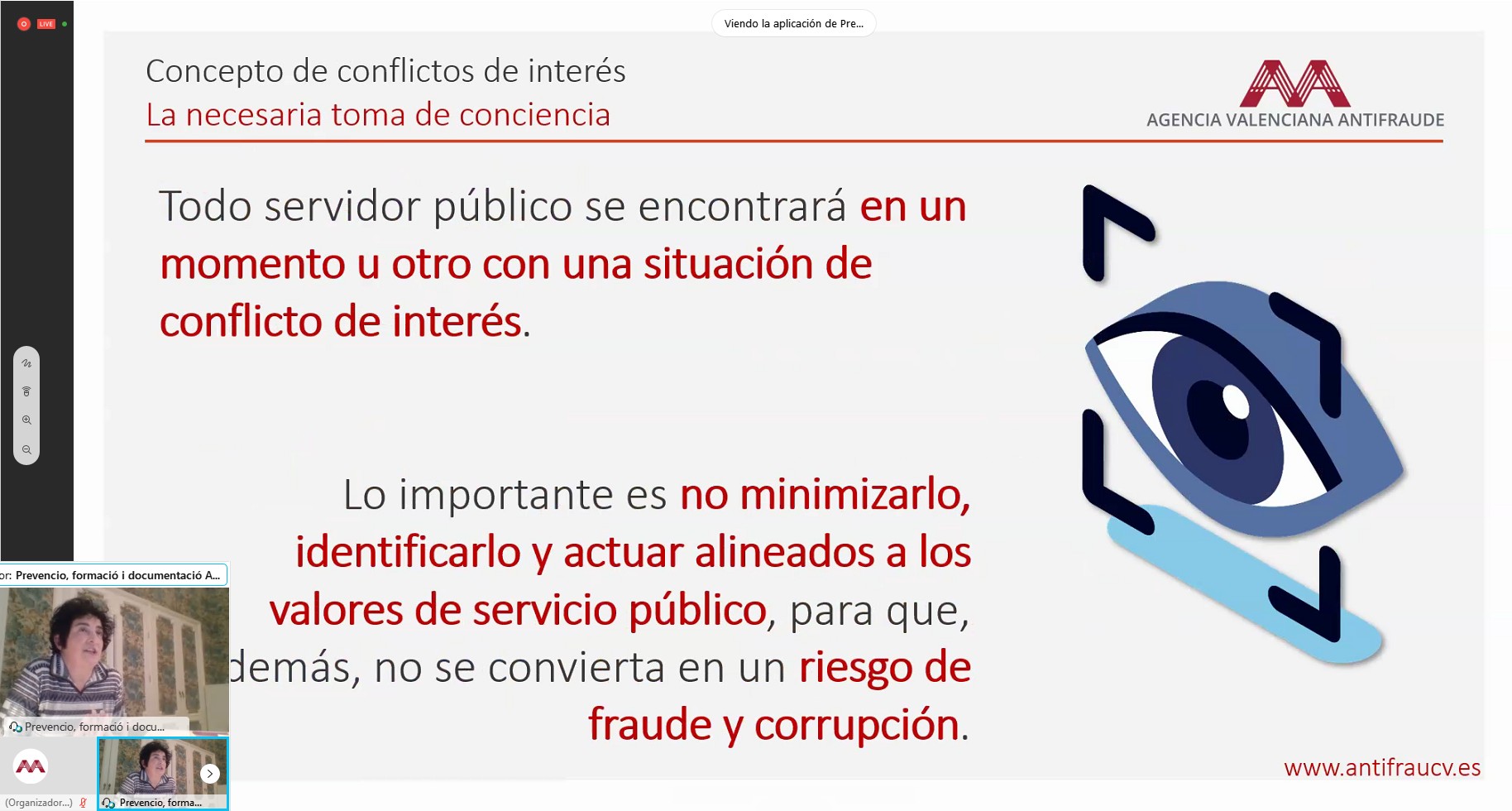 Valencia, December 10, 2020.- One of the main risks of corruption identified is that which occurs when there is a conflict of interest in the development of public management activity. For this reason and given its importance, the conflict of interest has been the central axis of the conference organized by the Valencian Anti-Fraud Agency on the occasion of the celebration yesterday, December 9, of the International Day against Corruption.

The conference was held online due to the restrictions imposed by the current health crisis situation and more than 150 people participated in it. In the first part of the day, the Director of Prevention, Training and Documentation, Silvia Vèrnia, presented a new document of reflections on the conflict of interest as a prelude to corruption prepared by the Valencian Anti-Fraud Agency itself.

Then the Professor of Political Science, Manuel Villoria, gave a presentation in which he focused on the risks of corruption and the consequences derived from the conflict of interest. Likewise, it analyzed how conflict of interest is addressed in different countries of the European Union in aspects such as employment restrictions after termination, concurrent appointments outside the public sector or which case detection systems are used.

Once the lecture by Professor Villoria was over, it was the turn of the director of the AVAF, Joan Llinares, who highlighted the importance of celebrating a day like this so that society becomes aware of the importance of the fight against fraud and Corruption not only with the aim of putting an end to this type of criminal practices, but also to achieve the implementation of ethics and public integrity that allow the progress of our society.

Here we leave you the link to the Reflections on conflict of interest: its ignorance the prelude to corruption as well as the recording of the day that is available on the AVAF YouTube channel. 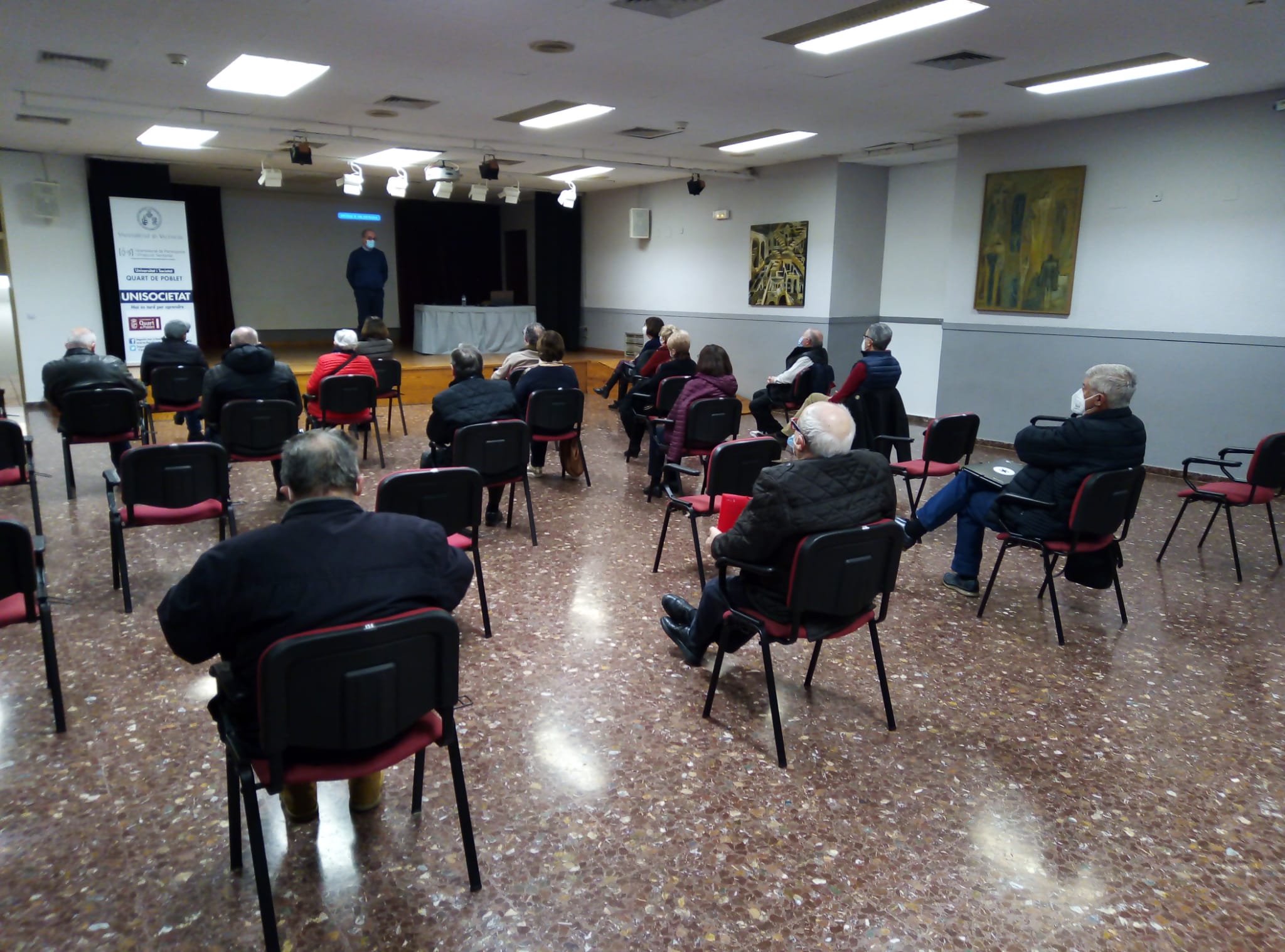 On December 2, the Unisocietat program resumed its activity in the town of Quart de Poblet.

Anselm Bodoque Arribas, head of the training service of the Valencian Anti-Fraud Agency, was in charge of presenting the activities carried out by the AVAF to the attending public, who after the presentation held an interesting colloquium on transparency, corruption and tools to fight against fraud.

This program, which is sponsored by the Valencian Anti-Fraud Agency, aims to stimulate debate and the exchange of information to develop mutual learning.