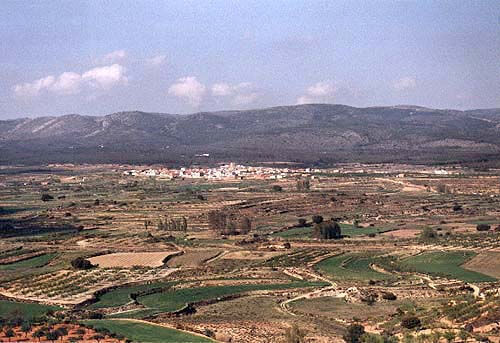 La Yesa, September 2, 2022.– The mayor of La Yesa, Miguel Ángel Sanahuja, and the director of the Valencian Anti-Fraud Agency, have signed a collaboration protocol between both institutions to launch joint actions in the fight against fraud and corruption.
The City Council of La Yesa has committed to the elaboration of an Integrity Plan that will contemplate, among other issues, an institutional declaration of integrity; incorporating institutional integrity into strategic planning; the regulation and management of conflicts of interest; the training of the staff of the city council in matters of integrity; the promotion and dissemination of the culture of ethics and public integrity or the habilitation of a channel of complaints both internal and external.
To meet this last objective and thus comply with the European Directive 2019/1937 on the protection of whistleblowers of corruption, the City Council of La Yesa recognizes as an external channel of its complaints the complaints box of the Valencia Anti-Fraud Agency and adheres to it.
The mayor of La Yesa, declared that “collaboration between institutions is essential to consolidate the trust of neighbors, public workers and professionals in the total transparency of them. This city council, as responsible for the correct management of public resources, offers, through the complaints mailbox (internal and external), a mechanism so that these groups can present possible incidents in this area. Thus forming a robust system that allows us to achieve the goal. “
The director of the Agency, Joan Llinares, wanted to highlight “the example of the City Council of La Yesa, a population with just 200 inhabitants, which has not been an impediment to provide itself with mechanisms to fight against fraud and corruption”.
“The Valencian Anti-Fraud Agency is there to help and collaborate with large administrations but also with smaller ones. In the Valencian Community 39% of the municipalities have less than 1,000 inhabitants and we are aware of the difficulties they have to face their work on a day-to-day basis and that is why from the Agency they have our support and collaboration to start up mechanisms to fight fraud and corruption and to work on the creation of ethics and public integrity,” Llinares added.
Small municipalities data
According to data from the INE corresponding to the year 2021 in the Valencian Community there are a total of 542 municipalities and of them 213, that is, 39% have less than 1,000 inhabitants.
By provinces in the case of Alicante of the 141 municipalities with which a total of 50 (35%) have less than 1,000 inhabitants; in the case of the province of Valencia of the 266 municipalities 81 (30%) have less than 1,000 inhabitants and finally in the provinces of Castellón this figure increases to 60% since of the 135 municipalities 82 do not reach ltos 1,000 people.
If we look at the whole of Spain of the 8,131 existing municipalities, 61% that is, 4,991 municipalities have less than 1,000 inhabitants.
Among the main problems that these small municipalities must face are those derived from the lack of personnel for the effective provision of municipal services to have fewer economic resources to cover the obligations established by law in terms of contracting or transparency, among many others. 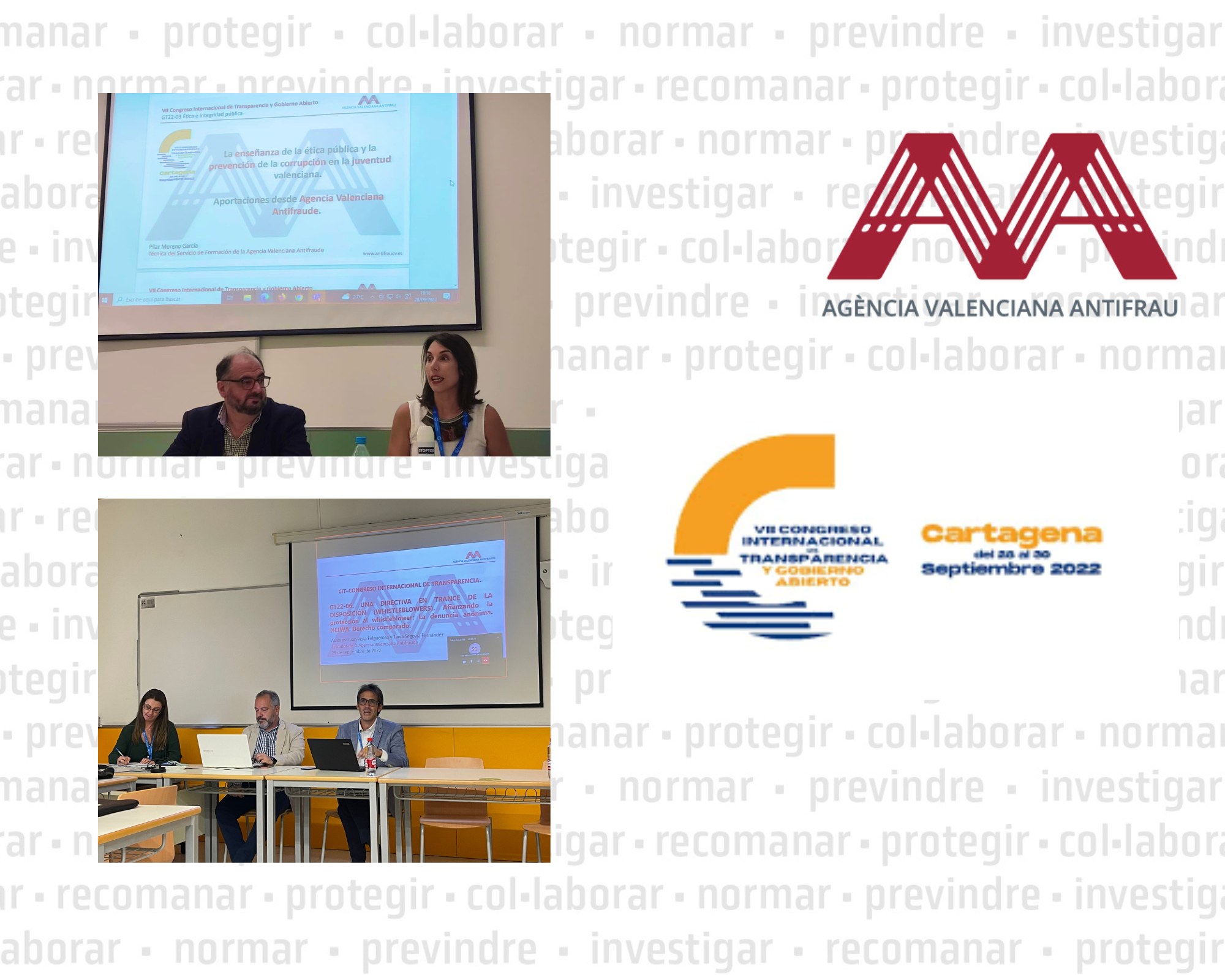 The Valencian Anti-Fraud Agency exhibits its work at the VII International Congress on Transparency and Open Government in Cartagena.

Cartagena, September 29, 2022. – The Valencian Anti-Fraud Agency has actively participated in the VII International Congress on Transparency and Open Government held in Cartagena through presentations presented by specialized AVAF personnel.

The AVAF Training Service, led by Pilar Moreno García, a technician in the area, presented in the working group 22-03 “Ethics and Public Integrity” the paper with an oral presentation “The teaching of public ethics and the prevention of corruption in the Valencian youth. Contributions from the Valencian Antifraud Agency.”

The training activity that has had the most roots and training development throughout the few years of the Valencian Anti-Fraud Agency has been the “Docuforum: Corruption, harmful organism” and the presentation of the results of this training experience has been the objective of the Pilar Moreno training technique.

The documentary, produced by Pandora Box TV, thanks to micro-patronage, exposes the testimonies of the whistleblowers of the so-called “proximity corruption” and includes a subsequent colloquium in which AVAF representatives, academics and judges discuss the institutional initiatives carried out in recent years to improve the fight against corruption.

From the viewing of the documentary, the students raise their doubts and questions about transparency, integrity, protection for whistleblowers and the gifts received by those who can make relevant decisions in public administration.

The students’ perception of corruption and the issues that have the greatest impact on them in the different educational stages (ESO, Baccalaureate and University) has guided the exhibition and has greatly interested the attendees, both in person and online.

The prevention of corruption cannot be understood without training, and any culture strategy of rejecting fraud must be accompanied by actions that work to improve integrity in the public sector and in society, with university students also being the protagonists of this equation.

Tania Segovia Fernández and Juan Vega Felgueroso, lawyers from the Agency’s Directorate of Legal Affairs, gave an oral presentation entitled “Strengthening the protection of the whistleblower: the anonymous complaint” in working group 22-06. “A Directive in the process of being transposed (Whistleblowers).”

The lawyer Juan Vega explained the paradigm shift in the protection of the whistleblower that Directive (EU) 2019/1937 OF THE EUROPEAN PARLIAMENT AND OF THE COUNCIL of October 23, 2019, related to the protection of people who report violations of the Right of the Union.

Retaliation against the complainant constitutes an element that bases the anonymous complaint, together with the impossibility of avoiding them with the current tools existing in the legal system.

The lawyer Tania Segovia focused her presentation on the admission of the anonymous complaint between the authorities and member states that are part of the NEIWA network (Network of European Integrity and Whistleblowing Authorities). The network currently comprises 28 authorities from 20 member states.

Of those 20 countries that make up the network, anonymous reporting is accepted in 11 of them. 13 competent authorities that are members of NEIWA admit the anonymous complaint and, in addition, another 3 authorities process them by sending them to the competent authority and/or investigating them, if they consider that their content is relevant, serious and/or of interest.

The prepared paper was very well received by the public specializing in the subject participating in the working group, generating an enriching debate.

The staff of the Valencian Anti-Fraud Agency, present in Cartagena and in online format, had the opportunity to attend a large number of round tables and exhibitions of the work of public institutions that focus their work in the field of transparency and good governance such as the table of those responsible for transparency and participation of the Public Administrations, the open session of the Network of Local Entities for Participation and Transparency of the FEMP, the Meeting of the Academic Network of Open Government (IV Plan), as well as the Institutional declaration of the State Network of Antifraud Agencies and Offices and the Workshop. Table: the whistleblower protection regulation.” 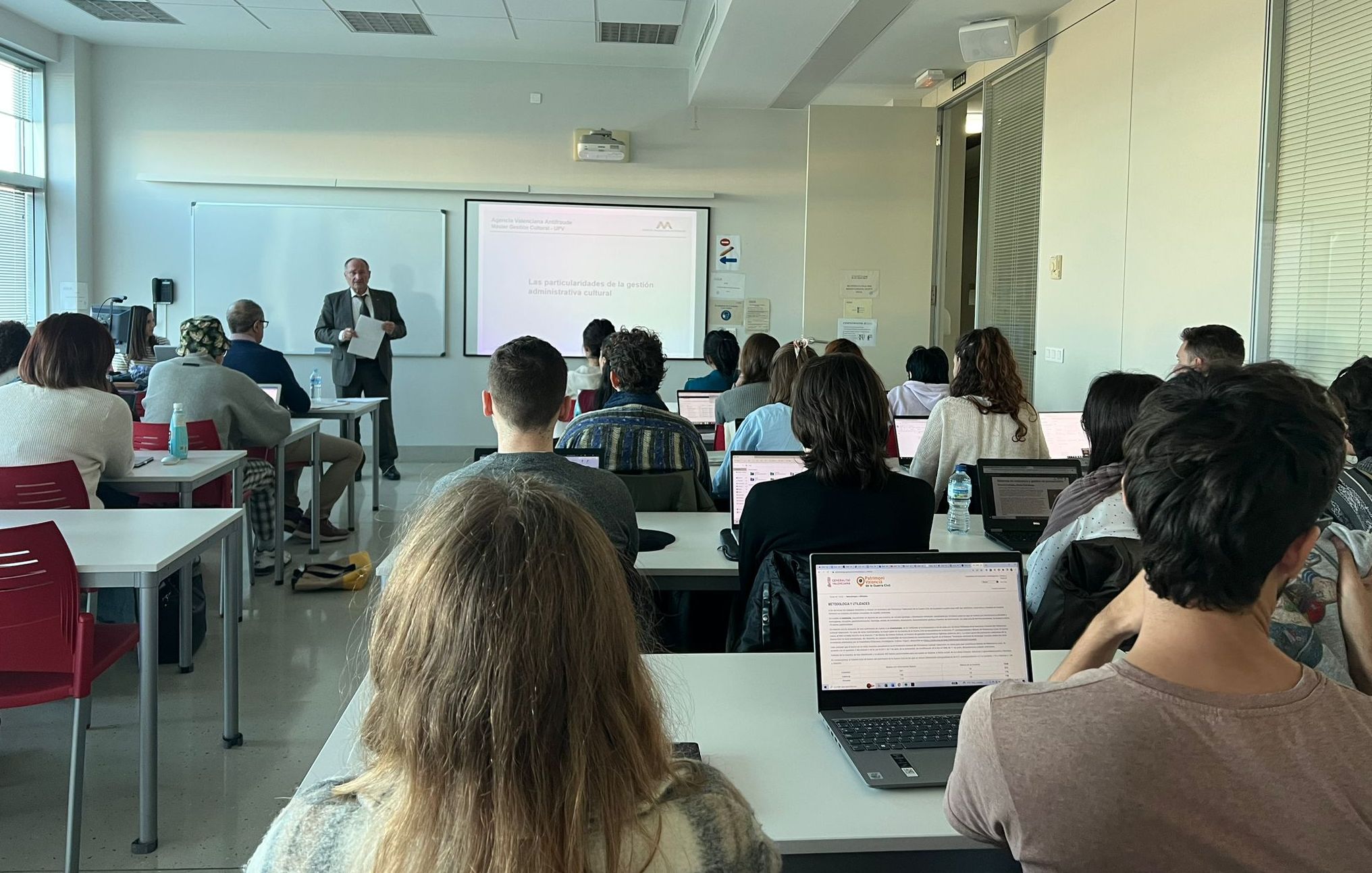 The Polytechnic University of Valencia welcomes, for the second consecutive year, the Valencian Anti-Fraud Agency in its participation in the teaching of the Master of Cultural Management

The Valencian Anti-Fraud Agency (AVAF) formalized in 2021 a collaboration framework agreement with the Polytechnic University of Valencia (UPV) for cultural, educational and scientific collaboration. The central and priority objective of the Agency’s training activity is the ethical and civic training of Valencian citizens.

Within the framework of this collaboration, on November 28, the Valencian Anti-Fraud Agency (AVAF) participated with a conference addressed to students of the subject of Evaluation and Quality Systems and Budget Management of the Master of Cultural Management of the Polytechnic University of Valencia (UPV), taught by Professor Antonia Ferrer Sapena. The objective of the conference was to continue the task of raising awareness about the importance of public integrity and ethics to prevent fraud and corruption.

This Master offers a plural training capable of covering the different social, political, institutional and economic sectors that constitute the framework where cultural management is registered. Its purpose is research applied to the cultural sector and training for professional development in employment and cultural companies and in public cultural management.

In the activity, 33 students of Spanish and foreign origin, participated with different regulatory frameworks on cultural management; but with a similar general casuistry of problems regarding the prevention of corruption and fraud in cultural management.

The first part of the AVAF intervention corresponded to the head of the Training Service, Anselm Bodoque, who made a brief contextual reference to the general functions and activities of the Agency.

The nuclear part of the participation corresponded to the director of the AVAF, Joan Llinares, who focused on the particularities of cultural administrative management, and the main risks of fraud and corruption that can occur in cultural management.

Based on his experience in cultural management, Joan Llinares focused his intervention on the public model of museums and museum collections, emphasizing different aspects such as cultural employment and the impact of culture on the Spanish economy as a whole, to arrive at the deontological framework and focus on aspects of the ICOM code of ethics for Museums.

Subsequently, he developed the main risks of fraud and corruption that can occur in cultural management, emphasizing different situations of conflicts of interest, illustrating his exposure with various examples of malpractice that have ended up in court.

The director of the Valencian Antifraud Agency ended his speech by thanking the Polytechnic University of Valencia for the invitation and wishing all the students much success in their professional future as cultural managers.