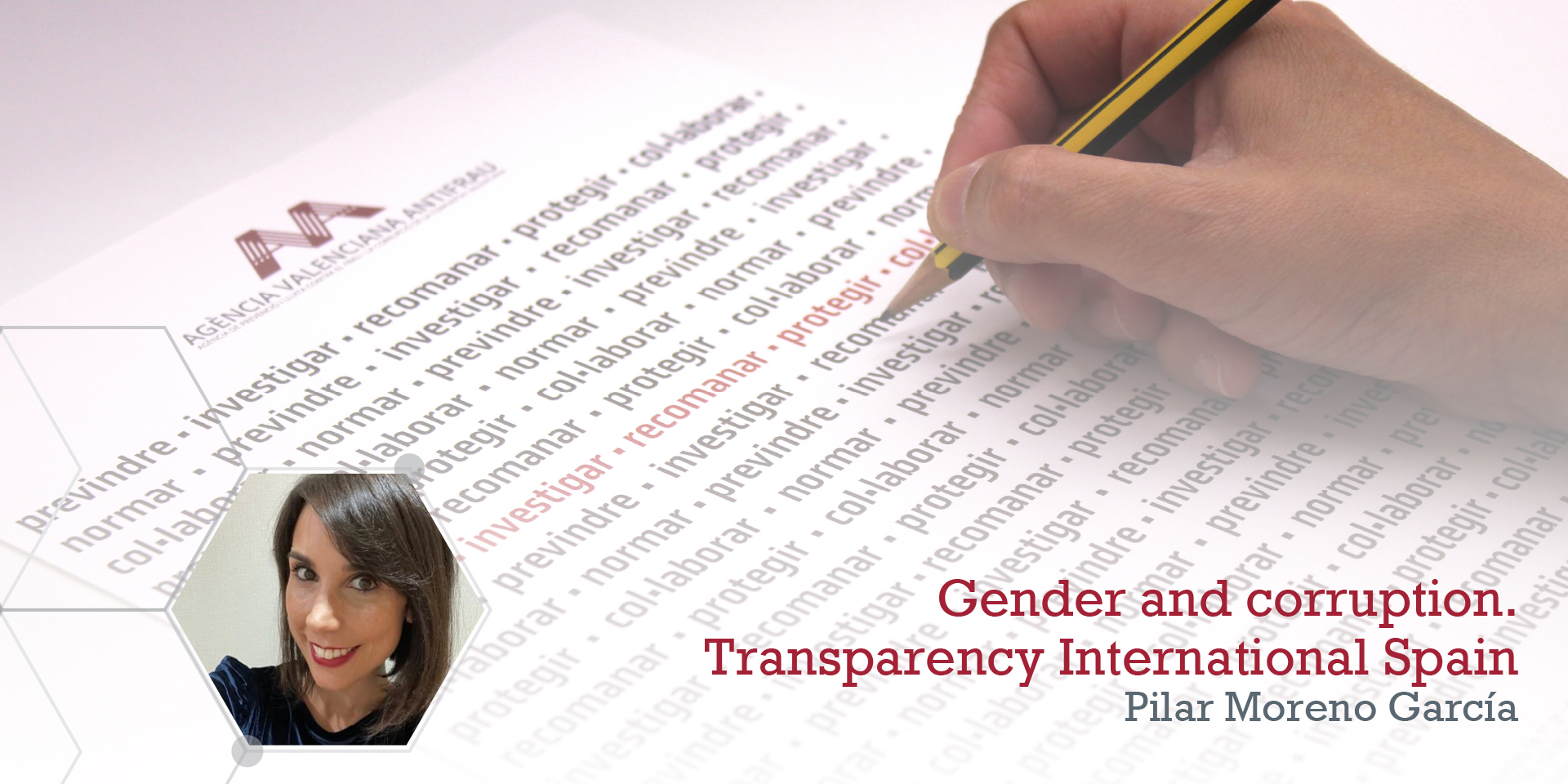 On the occasion of the celebration of March 8, International Women’s Day, proclaimed by the United Nations General Assembly in 1977, Transparency International Spain has published the dossier “Gender and corruption”. For his presentation, he will hold a webinar on Tuesday, March 8, at 10:30 a.m.

Throughout the entire dossier, reference is made to a large number of studies that will allow those most interested in the matter to delve into the issue. Sources, resources and materials, as well as relevant articles from Transparency International (TI) that can be found here.

What is the relationship between gender and corruption?

Given the first question raised by TI Spain, the complex relationship between gender and corruption can already be glimpsed, and it will be necessary to study it from different points of view.

Men and women are affected differently by the phenomenon of corruption, since it produces worse effects on poor and vulnerable groups, and it must be remembered that, according to the UN, it is estimated that 70% of the poor in the world are women.

One of the effects produced by corruption is the increase in obstacles to the achievement of equality, in all senses, also in the field of gender equality, by preventing the full development of civil, social and economic rights of the woman.

Women, by traditionally developing a caretaker role in the family sphere, have been deprived of the possibility of actively participating in social and political spaces, and leading the direction of many of the transformations that have taken place in society in which last decades. In turn, women, depending on services such as health or education, appear, according to the TI dossier, as more vulnerable to certain types of bribery.

It is necessary to advance in the empowerment of women in all senses, also in the assumption of a relevant role in the fight against corruption.

“Gender and corruption” by Transparency International Spain specifies that there is no conclusive evidence to confirm that women are less corrupt than men; but the dossier details that the fight for women’s rights and their participation in public life are associated with better governance and lower levels of corruption in many countries around the world.

Perceptions, attitudes and behaviors of women towards corruption.

Among the studies cited by “Gender and Corruption” of Transparency International, Rivas (2012) or Lambsdorff, Boehme & Frank (2010) specify that women tend to behave more honestly than men and are more concerned about equity in their relationships. decisions. Even more, related to the behavior of women towards corruption, it is pointed out by Swamy et al. (2000) the claim that “women are less involved in bribery and less likely to approve of taking bribes” and conclude that countries that have made the most progress in gender equality generally “experience lower levels of corruption” (Swamy et al. 2000).

The reality reflects the underrepresentation of women in decision-making positions in business and politics, these being the environments where the greatest risk of corruption occurs. This does not mean that women would act in a less corrupt manner if they had access to high-level management, if it does not increase the real and effective equality of women and men in society as a whole. Therefore, it is concluded that progress must be made in said equality, and the full participation of women in public life must be achieved, but not as an “anti-corruption strategy”; but because it is a human right.

Corruption and bad governance, according to the dossier, have a negative effect on the participation of women in politics, trapping them in the vicious circle of gender inequalities, lack of empowerment and corruption (Sundstrom & Wangnerund 2013).

Women as part of the solution: gender approach in the fight against corruption

“Gender and Corruption” by Transparency International Spain also focuses on the forms of corruption that most affect women: sexual extortion and human trafficking. The dossier claims that they be recognized as a corruption problem so that resources and efforts can be concentrated to eradicate them.

From “Thinking” to “Doing”

Transparency International proposes a series of measures to address the issue of gender and corruption:

It is necessary to become aware of the negative effects that corruption produces in society and in the democratic and institutional system that is also directly affecting women, as citizens of right.

Their traditional role as caregivers has prevented them from hampering their role as active citizens of society, so it is necessary to advocate for ending the existing imbalances in the exercise of power and decision-making between women and men.

The data from “Gender and Corruption” state that they are not conclusive in the statement that, if women who occupy leadership positions would be intrinsically less corrupt than men, and details what they will be in this case, “other factors such as the political context and institutional, culture and gender inequalities to explain the links between female representation and levels of corruption”.

Claiming the presence and active role of women in public life and in the spheres of political, economic and social decision-making, not being limited from the perspective of the fight against corruption, will always be the claim of compliance with the principle of equality that must prevail in any democratic society. 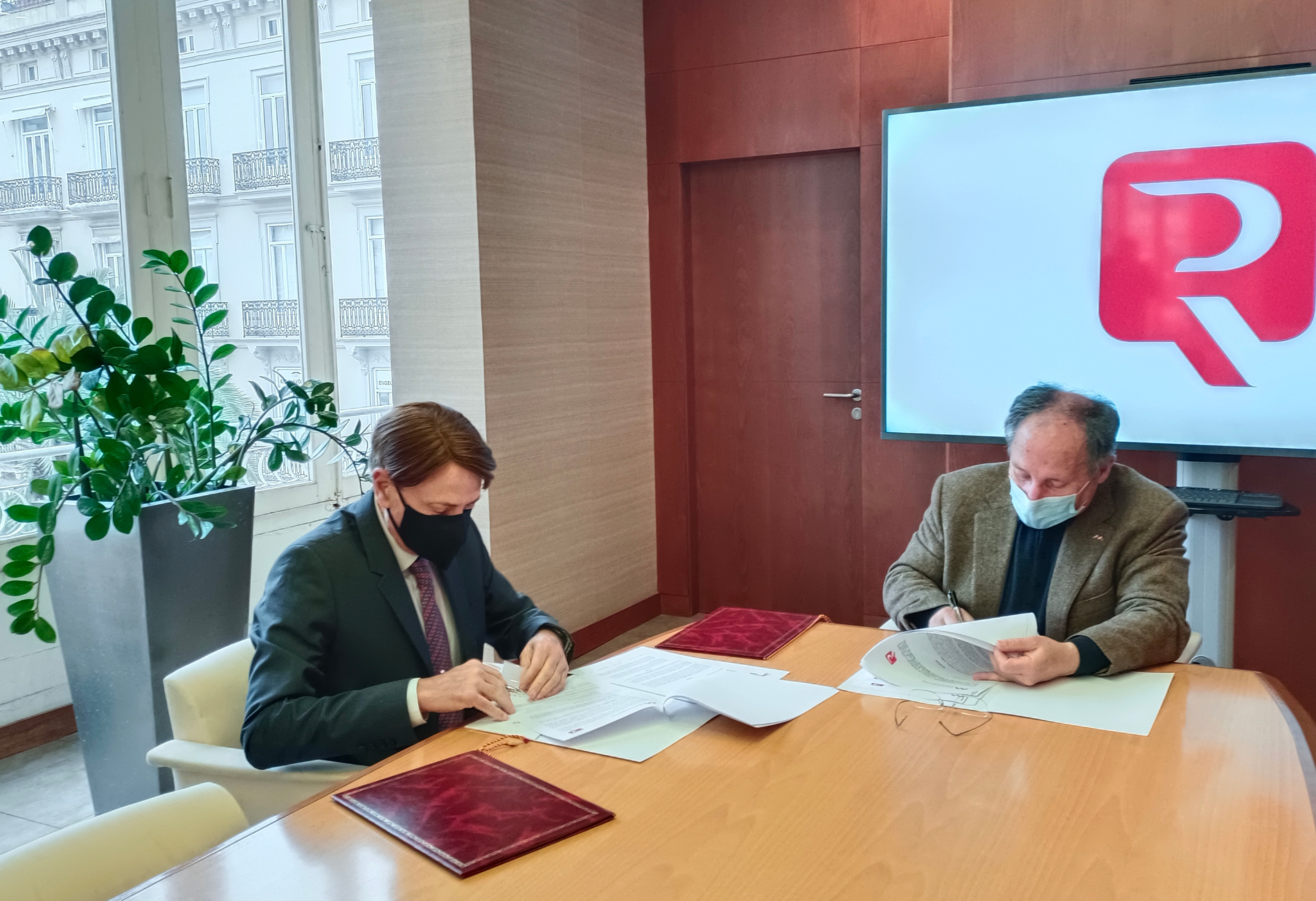 Valencia, March 7, 2022.– The Territorial Dean of Valencia of the Association of Property and Mercantile Registrars, Carlos Javier Orts Calabuig, and the director of the Valencian Anti-Fraud Agency, Joan Llinares Gómez, have signed this morning in the headquarters of the College of Registrars a collaboration agreement between both institutions.
The purpose of the agreement is to regulate consultations by the Agency of the information held by the College of Registrars on the actual ownership of the entities registered in the commercial registers.
The access options set out in the agreement regarding commercial records will be of two types. The first access option will be through the web service where the consultation and reception of information is carried out through the AVAF’s own management applications through automated web services.
The second of the access options will be through the Portal of Real Ownerships where the staff of the Agency will be able to realize individual consultations by means of a digital certificate recognized by the Official College of Registrars.
There will be three types of information inquiries that can be made. The first of these aims to know the real owners of a company by introducing the NIF of the company. The second type of consultation will be to know the companies of which a natural person is the real owner; and the third will focus on the companies of which a company is in the chain of control of a real owner.
The Territorial Dean of Valencia, Carlos Javier Orts, explained that the aim is to “put at the service of society essential information for the fight against money laundering and contribute to it being efficient and able to provide the results that the society is waiting “.
For his part, the director of the Valencian Anti-Fraud Agency, Joan Llinares, pointed out that “for the Agency the signing of this collaboration agreement with the College of Registrars is a very important step as it will allow us to access to information that is critical to many of the research we conduct. “
“Collaboration between different institutions sharing information is essential because it is precisely with this crossover of data and checks that we can detect acts of fraud and corruption while allowing us to detect possible conflicts of interest,” added Llinares. 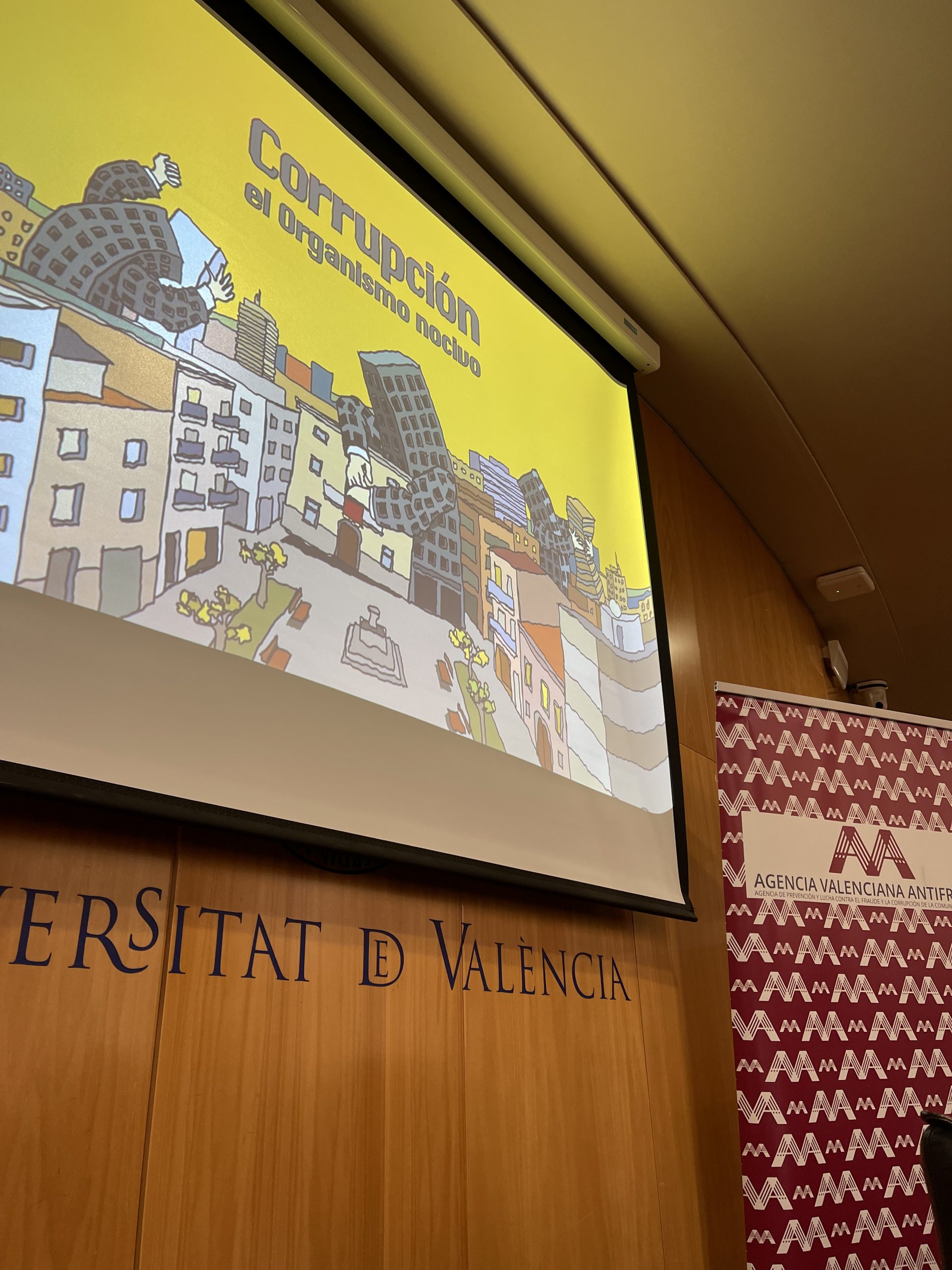 Corruption in public administrations to debate in the AVAF and SFPIE course of the University of Valencia.

On March 2, the fourth of the sessions of the course “Prevention of risks of corruption in public management” took place for the PAS staff of the University of Valencia. It was of a practical nature.

The format of the session was that of a workshop that combined docu-forums, questions, debate and collective reflection, in which the students participated very actively throughout the day. The session was developed by the technical team of the AVAF Training Service, formed by Anselm Bodoque, Marita Oliver and Pilar Moreno.

“Corruption: a harmful organism”, the Pandora Box documentary, produced through crowdfunding, was viewed by the attendees, who were very interested in situations such as the one reflected in the section “The Solitude of the Financial Controller” and in the experiences of whistleblowers of known cases of corruption.

Throughout the session, the students’ reflections were channeled through gamification tools that allowed ordering participation and contributed to multiplying the responses and views of the problems raised anonymously.

The creation of “a game of random glances” was one of the outstanding phrases of the documentary that included the presentation given by Cristina Fernández González, a researcher on the protection of whistleblowers at the University of Salamanca, who participated in the workshop with a presentation that she had title Detection or prevention of risks?

In his speech, through a criminological approach, he exposed the importance of informal surveillance that generates a preventive work environment and alerts that does not exclude formal surveillance, and that can generate stronger institutions and an effective organizational and prevention culture. .

The docuforum “Planning of public management: a tool of good governance” prepared by the TAU of the University of Valencia, in collaboration with the Valencian Anti-Fraud Agency, and the Vice-rectorate for Territorial Projection and Society of the UV was the second of the documentaries viewed by PAS staff selected to participate in the course.

The joint reflection after the documentary made it possible to highlight the importance of planning in public administration, since it allows taking conscious measures with a strategic vision, organizing resources and avoiding waste, as well as better accountability.

Download the general recommendation Planning: a key tool to prevent the risks of corruption in organizations.