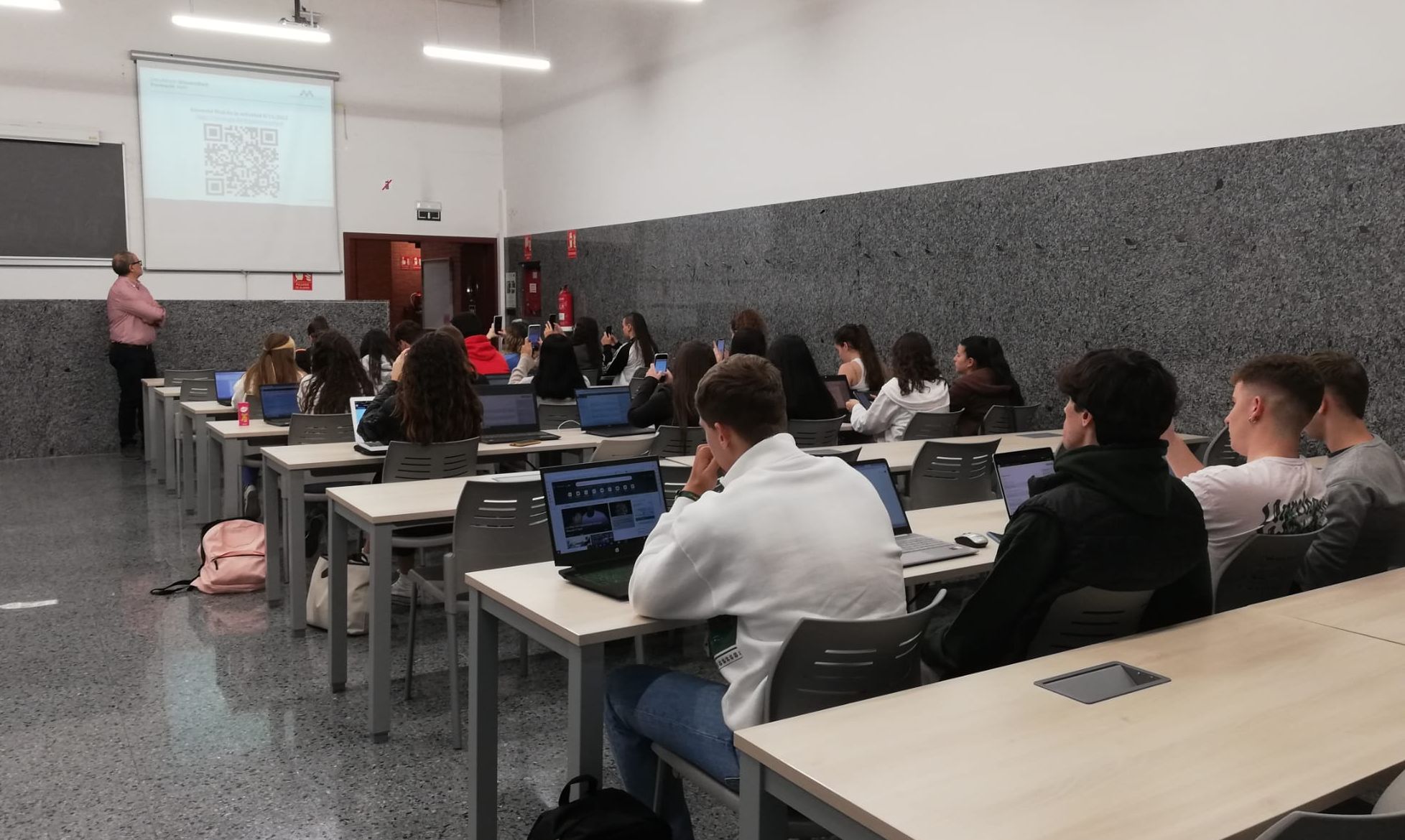 The #DocufòrumAVAF is an activity aimed at promoting a social culture of civic ethics, public integrity, prevention of fraud and rejection of corruption among students of all degrees at the University.

On this occasion, two #DocufòrumAVAF have been held at the Faculty of Law, on Tuesday, November 8 and Wednesday, November 9, 2022, with the participation of 90 students of the Skills and Skills subject from two different courses of the Criminology Degree, with the collaboration of Professor Vicenta Tasa Fuster.

After watching the documentary Corruption: Harmful Organism, the students star in the training experience through questions, focused on the origin and causes of corruption, its effect and costs, the perception of corruption in our society and with respect to other countries of our environment, what to do in cases of corruption.

In the debate, issues related to public ethics and integrity were also discussed, as well as prevention policies and civic education or the functions and work carried out by the Valencian Anti-Fraud Agency.

The students especially insisted on the consequences of corruption in institutions and in our society, the punitive part and the judicial system, the recovery of assets, as well as the role of criminologists in the fight against fraud and corruption.

The activity has been organized in collaboration with the University of Valencia, which we thank for its interest and willingness to help create a culture of public integrity and rejection of fraud and corruption.

If you are a university, secondary or high school teacher and you are interested in having the training activity “Docufòrum: Corruption, harmful organism” carried out in your subject, do not hesitate to contact the Training Service of the Valencian Anti-Fraud Agency through from formacion@antifraucv.es. 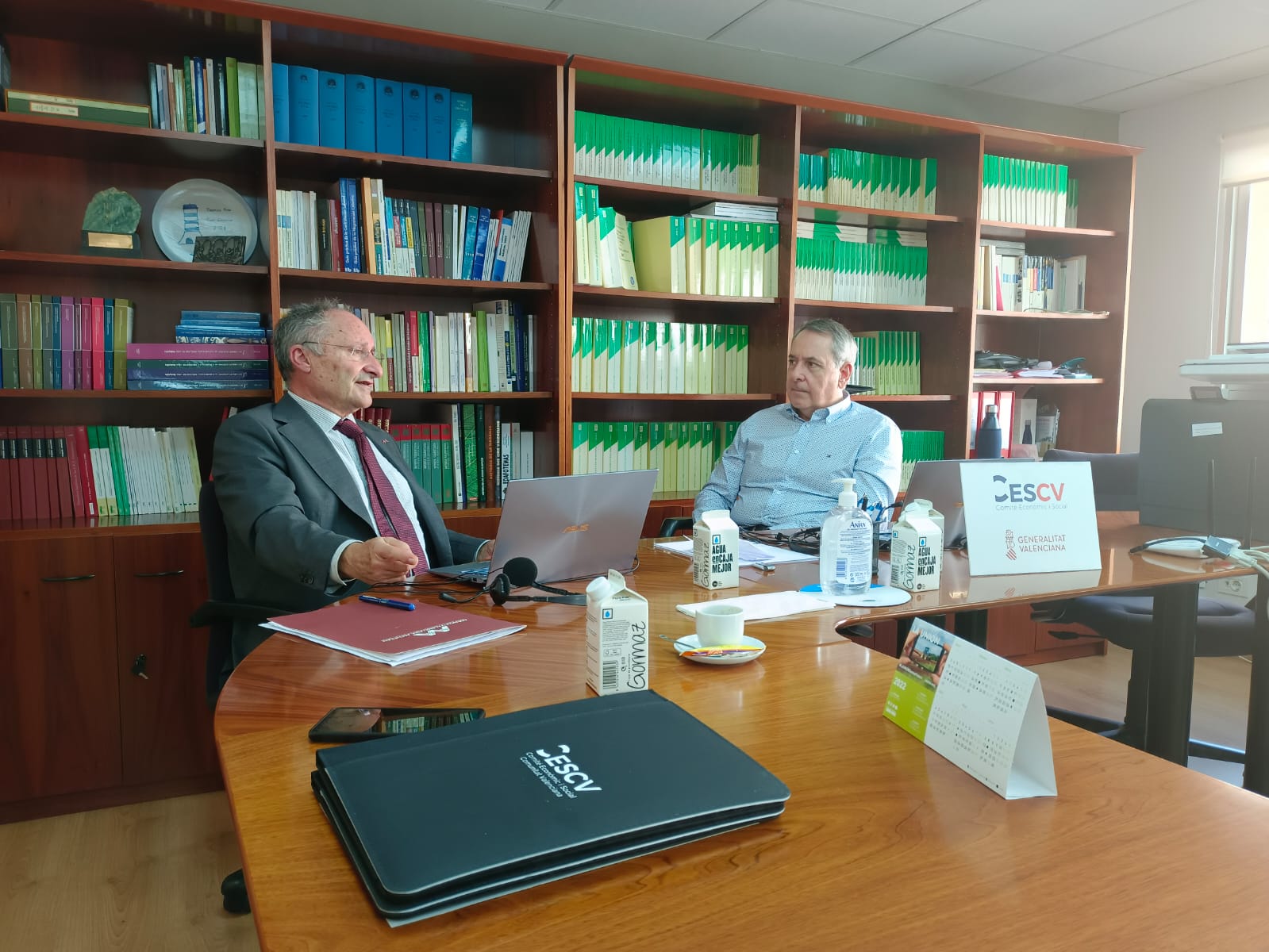 Castellón, November 2, 2022.- The director of the Agency, Joan Llinares, met in Castellón with the President of the Economic and Social Committee of the Valencian Community, Luis Arturo León, with the aim of establishing institutional relations between both organizations.

As a result of this meeting, several avenues of collaboration have been opened that will materialize in the coming months in a framework agreement.

The Economic and Social Committee is a consultative body of the Consell de la Generalitat Valenciana and of all public institutions of the Valencian Community in economic, socio-labor and employment matters. 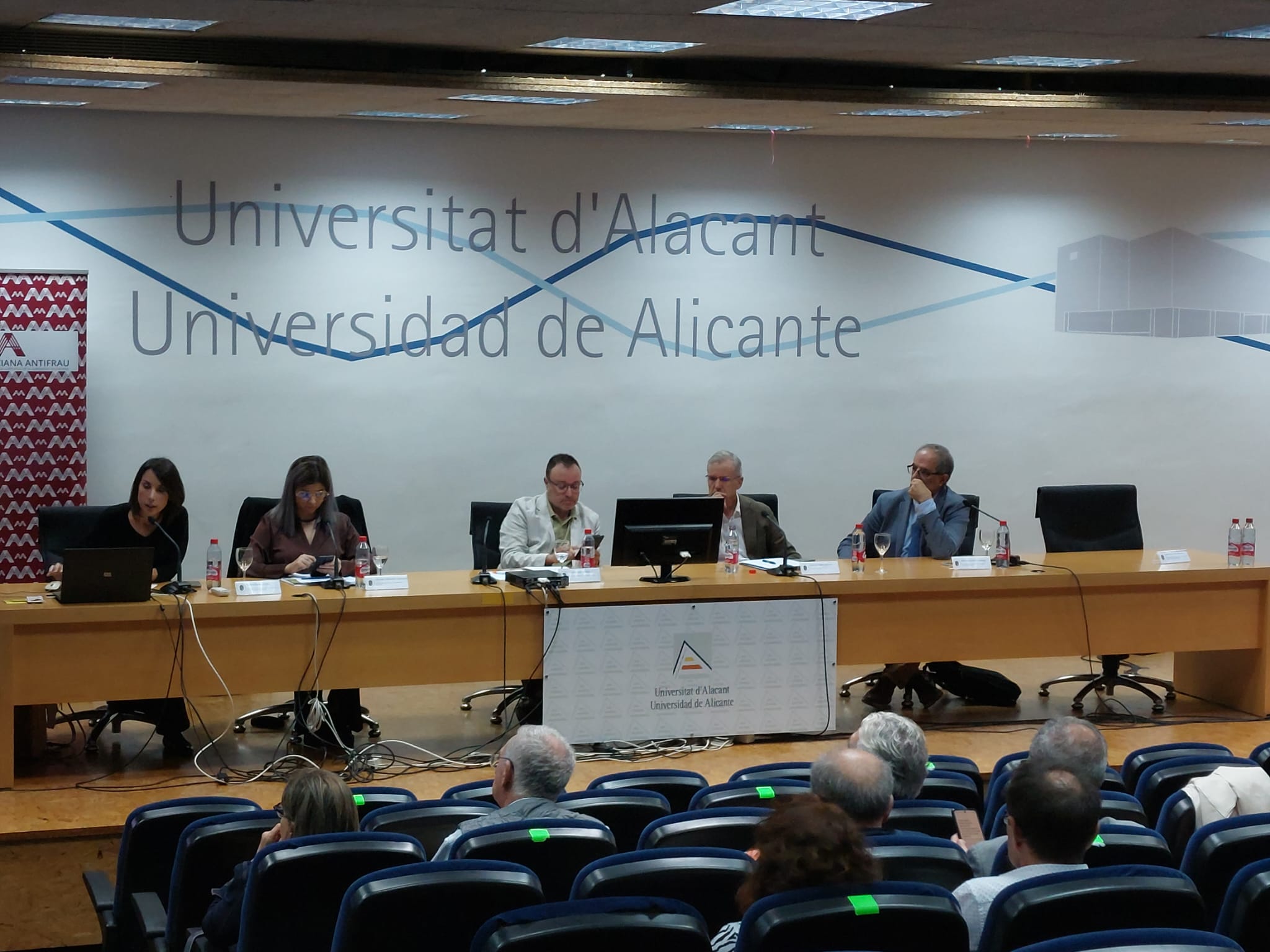 Alicante, November 8, 2022. The University of Alicante hosted the last of the sessions of the first Interuniversity Course on the prevention of corruption in public management that the Valencian Anti-Fraud Agency has given to elected management personnel, technical staff of administration personnel and services (PAS) and the members of the ethics committees of the five public universities of the Valencian Community.

The last of the sessions was held at the University of Alicante. Public integrity and the detection of the most common risks was addressed in a dynamic workshop where the almost 300 participants (in person and online) played a prominent role in the session, by continuously formulating reflections and questions and viewing various documentaries.

“Corruption: harmful organism” produced by Pandora Box, through micro patronage, was the first of the documentaries seen by the attendees. The tape made it possible to see first-hand testimonies of whistleblowers of fraud and corruption and to publicize the work of the AVAF in protecting whistleblowers and investigating complaints.

Courage, hope, admiration, honesty have been the words with which some of the participants in the session have described the attitude of the whistleblowers. Although, they have also highlighted the anger and indignation produced by verifying the situations experienced and exposed by the whistleblowers who appear in the documentary.

Where is it reported? What protection do whistleblowers receive? Can you have advice? Is there any kind of training on these issues for people who make decisions in institutions? Is anonymity guaranteed in complaints or alerts? These have been some of the questions formulated by the participants and that were answered by the AVAF in the conference in Alicante.

The planning of public management. Good governance tool, the documentary produced by the University of Valencia and the AVAF, was screened to highlight the importance of strategic planning in all public institutions.

The screening of this documentary revealed, in accordance with the opinions of the participants, the need to systematically deepen and develop in all administrations and administrative levels the culture of strategic planning and the dissemination and exhaustive knowledge of organizations among all the staff who work in it. also highlighting that the absence of planning leads to improvisation and increases the risk of incorrect or fraudulent practices.

Anselm Bodoque, Pilar Moreno and Marita Oliver, from the Training Service of the Valencian Anti-Fraud Agency, together with Cristina Fernández, a technician from the Observatori Ciutadà Contra la Corrupció and a researcher from the University of Salamanca, have formed the team of teachers for the conference in Alicante.

The interuniversity course has been taught by staff from the Valencian Anti-Fraud Agency and the Services Inspection of the Generalitat Valenciana over five days. Each of the Valencian public universities has hosted one of the sessions throughout the months of the learning experience.

The Valencian Anti-Fraud Agency thanks the external speakers of the AVAF, Delia Cuenta and José Luis Gaona, from the General Inspection of Services of the Generalitat Valenciana, and Cristina Fernández, researcher at the University of Salamanca for their predisposition and collaboration.