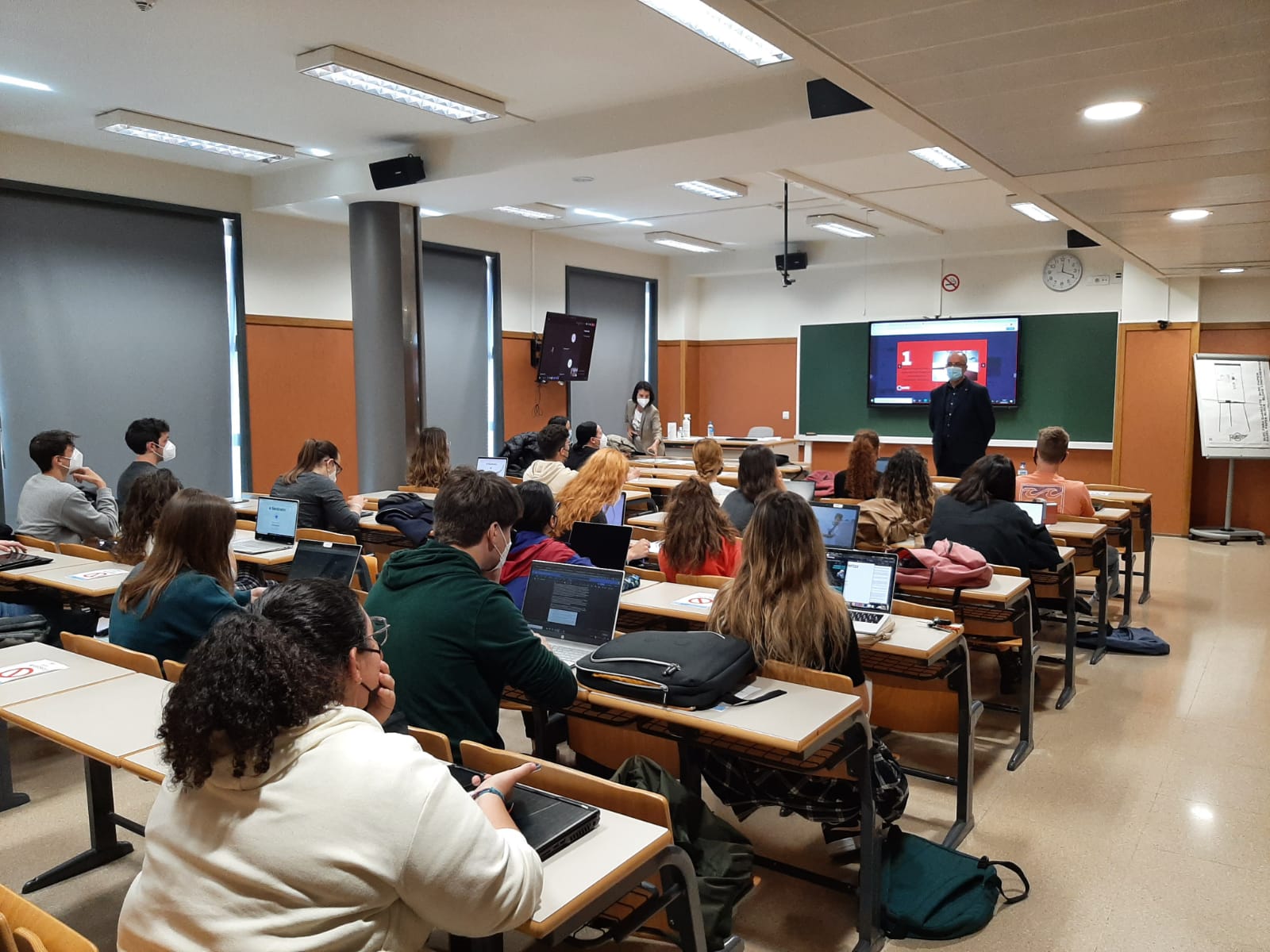 «The origin and causes of corruption, the effects and perception of fraud on society have been some of the questions that focused the debate in a new session of the training activity, docufòrum“ Corruption: harmful organism ”held with the students of the subject “Ethics of communication” of the second year of the Degree in Audiovisual Communication at CEU Cardenal Herrera University, which took place last Friday, April 23.

A total of 35 students participated, in person and in an “online” format, to the docufòrum. The activity organized by the university together with the Valencian Anti-Fraud Agency with the aim that the students learned about the AVAF, its functions and discussed the phenomenon of corruption and the importance of prevention, training and the relevant role that they may have as future workers to the media.

The students’ interest focused on control measures, the existing regulatory framework, as well as the protection of whistleblowers, ethics, integrity and transparency, as well as the instruments to be used to strengthen the fight against fraud and corruption at all levels.

The activity consisted of the projection of the documentary “Corruption: harmful organism” in which the effects that cause corruption are collected and, three days later, a documentary organized around the interests and questions posed by the university students on different aspects of the corruption, in which personnel from the training area of the Valencian Anti-Fraud Agency participated.

The students participated actively by asking questions and answering questionnaires to follow up the documentary, before and after watching it, where the change in perception about corruption, complaints and alerts is notably appreciated.

The training activity has been coordinated by Professor Elvira Alonso Romero, Professor Blanca Nicasio Varea and the head of the Training Service of the Prevention, Training and Documentation area of the Valencian Anti-Fraud Agency, Anselm Bodoque with a two-day format, to provide The debate around the interests of students in the fight against fraud and corruption will be more relevant.

If you are interested in having the training activity “Docuforum: Corruption, harmful organism” take place in your subject, do not hesitate to contact the training service of the Valencian Anti-Fraud Agency through formacion@antifraucv.es »

The Prevention, Training and Documentation Directorate of the Valencian Anti-Fraud Agency will participate in teaching the second year of the Degree in Journalism at the Faculty of Social and Legal Sciences of the Miguel Hernández de Elche University (UMH)

UNISOCIETAT in Bétera. Conference presented and sponsored by the AVAF